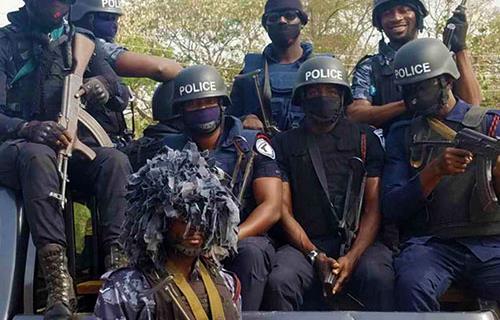 A/R: One confirmed DEAD, other in critical condition as police shoots into rioting crowd

One person has been confirmed dead, while the other is in critical condition at the Komfo Anokye Teaching Hospital after a confrontation between police and some residents of Adwumakaase-Kese in the Afigya Kwabre South Sistrict of the Ashanti Region.

There was disagreement between the police and the residents on Thursday, February 25 when the youth demanded the reasons for the arrest of one of their colleagues.

This was after inhabitants of Adwumakaase-Kese prevented the Chief of Bomfa from erecting a signpost following a boundary dispute.

The police in the ensuing confrontation allegedly shot into the crowd wounding two residents with one being confirmed dead while the other battling for his life.

It took the intervention of the Chief of Adwumakaase-Kesse community, Nana Asenso Kuffour Ababio, to calm the residents as they threatened to attack the Chief of Bomfa.

He assured them of reporting the matter to the Asantehene, Otumfuo Osei Tutu II, for redress.

Meanwhile, a team of armed police personnel have been deployed to the two communities to ensure law and order and prevent any reprisal attacks.