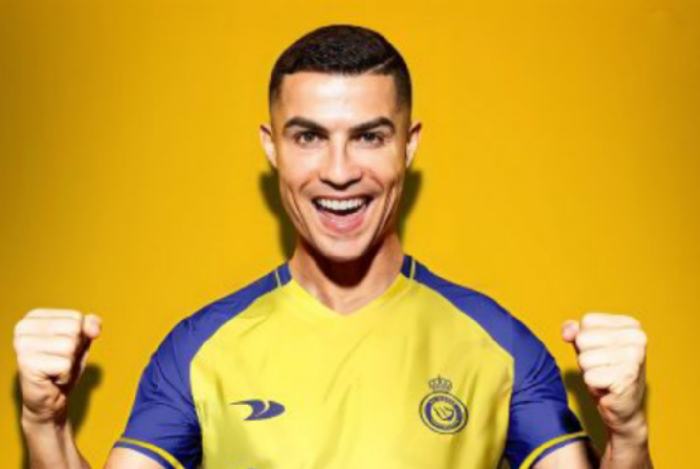 Saudi Arabia football club took the world by surprise after securing the signature of one of the greatest footballers in history, Cristiano Ronaldo last week.

Former Manchester United, Real Madrid, Juventus and Sporting Lisbon player, Cristiano Ronaldo was announced that he has agreed a two and half years contract with Al-Nassr and the player will continue his career in the Saudi Arabian league after having his contract terminated by Manchester United in December.

Ronaldo who is the current top scorer in the Champions league was predicted by many that he would prefer a move to a champions league side but he shocked the whole world by choosing a Saudi Arabian club Al-Nassr.

However, it has been reported by a Spanish newspaper, Marca that the five time Ballon d’Or winner has a secret clause in his contract that would allow him to go out on loan to Newcastle United, who are also own by the Saudi Arabian Public Investment Fund when they qualify to play in the champions league next season.

Newcastle United in the English Premier league are currently in third position on the league table behind Arsenal and Manchester City. They are eager to achieve a champions league spot next season and that would mean Cristiano Ronaldo will return to play in his most favorable competition.

Cristiano Ronaldo is currently the highest paid football player in the world. He is on a record salary of more than 200 million dollars per year.

Al-Nassr who had a little over 800 thousand Instagram followers saw their Instagram followers Sky rocketing to over 5 million in just three days after announcing Ronaldo. Popular athletes like Marcelo who was a former team mate of Ronaldo and a best friend was the first to start following the club followed by Sergio Ramos, Neymar Júnior and many others.

The Al-Nassr media team reported that the club sold 200,000 Jerseys of Ronaldo in 48 hours and the club has currently run out of Ronaldo shirts. Fans are coming in with their old shirts to have Ronaldo’s name printed at the back for the presentation today.

The Saudi club has officially announced that Ronaldo will mark his first appearance in Saudi Arabia as he steps out on to the club’s modern home ground.

The Saudi club has officially announced that Ronaldo will mark his first appearance in Saudi Arabia as he steps out onto the club’s modern home ground, Mrsool Park, in front of tens of thousands of fans.

“All eyes on Riyadh as the world’s greatest @Cristiano will be unveiled in Al Nassr colors for the very first time,” the club tweeted.

The Portuguese footballer is on his way to the Saudi capital Riyadh. He shared a story on his Instagram saying “Hi guys, see you soon,” tagging Al-Nassr club in the story.

The lavish ceremony will be aired live on Saudi Sports Channels (SSC).

The 37-year-old arrived yesterday and he will be undergoing final stages of his medical before he will be presented in front of over 25,000 supporters. Tickets are already sold out and it is being reported that there are over 120 thousand people in queue waiting for a ticket to go and watch his presentation.