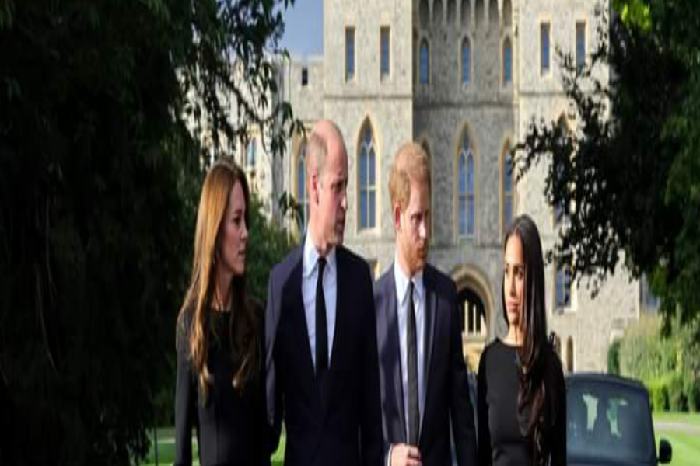 As mourners gathered to pay their respects to the 96-year-old queen who passed away “peacefully” in Balmoral, they (Princes and Princesses) received royal admirers.

Dressed in black, the royals looked sad in appearance but they made a stop to shake hands with teary fans at the barrier. The royals were under police protection as they move around the crowds.

Both the Princesses were in black long straight dresses while the Princes were wore black suits. William and Harry hasn’t been together in two years. The last time they were seen together was during the funeral of their grandfather, Prince Philip. Despite both been present during the Queen’s platinum celebration, they were not seen together.

The crowd gathered upon seeing the royal reunion between the royal family applauded them. The Royals proceeded to greet the sorrowful crowd. The Princess of Wales later approached a crying child who stopped crying when she drew nearer. 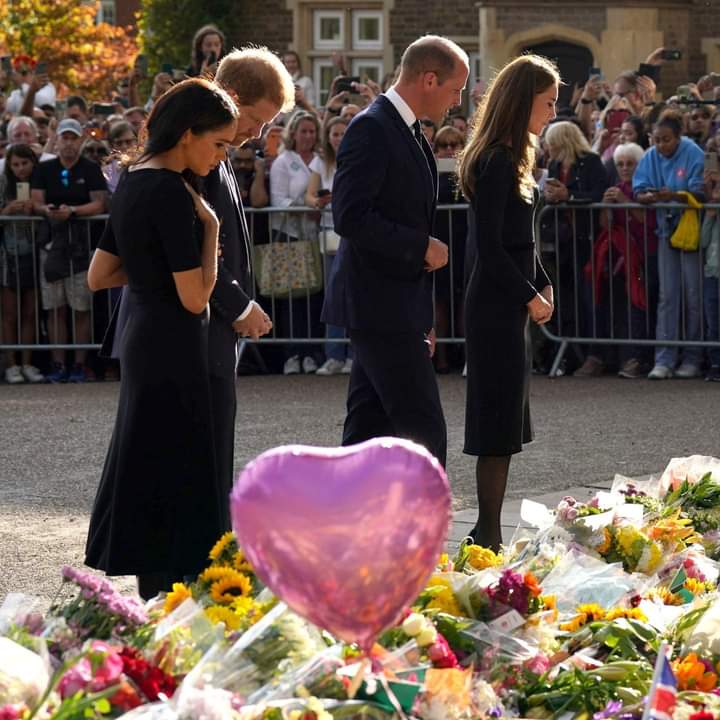 As she drew forward, Meghan reassured the startled teen by placing her hand on her shoulder. Following that, the young woman requested a hug from the Duchess, which Meghan gave.

While William cracked jokes with onlookers, he was also spotted adopting a somber demeanor when talking to others about his late grandma.

After spending about 40mins with the public, they left in the same car they came with. The crowd handed them flowers, balloons and other gifts. 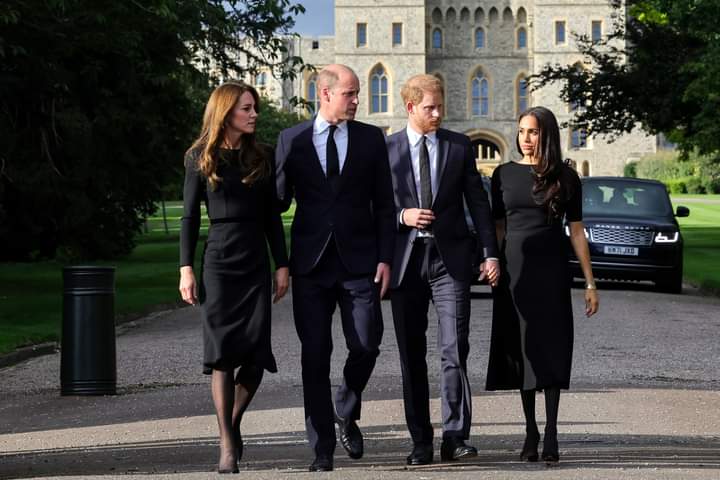 It is His Majesty King Charles III’s request that a time of royal mourning be observed from this moment on until seven days following the Queen’s funeral as a result of her passing.