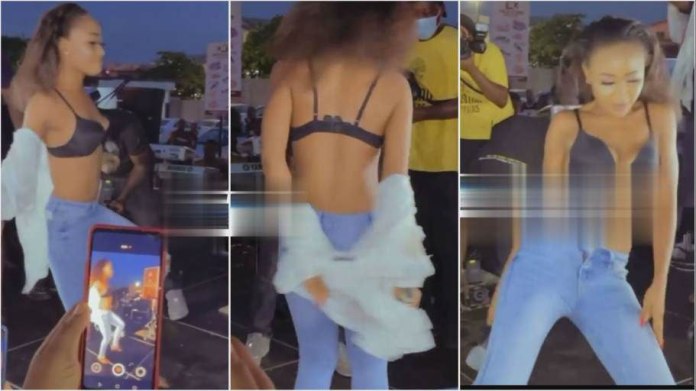 Ghanaian actress and video vixen, Akuapem Poloo has been sighted dancing half-naked in public despite her recent tragedy.

Akuapem Poloo was spotted in a pair of jeans beneath a long sleeves short appeared to have been paid to entertain the crowd.

She was seen displaying her dancing skills widely to the full glare of the people who had gathered at the program.

To our utter surprise, Akuapem Poloo started unclading herself.

With the help of an unknown man who was present at the program, Akuapem Poloo took off her shirt and on a wild dance spree while the crowd cheered her up in a grand style.