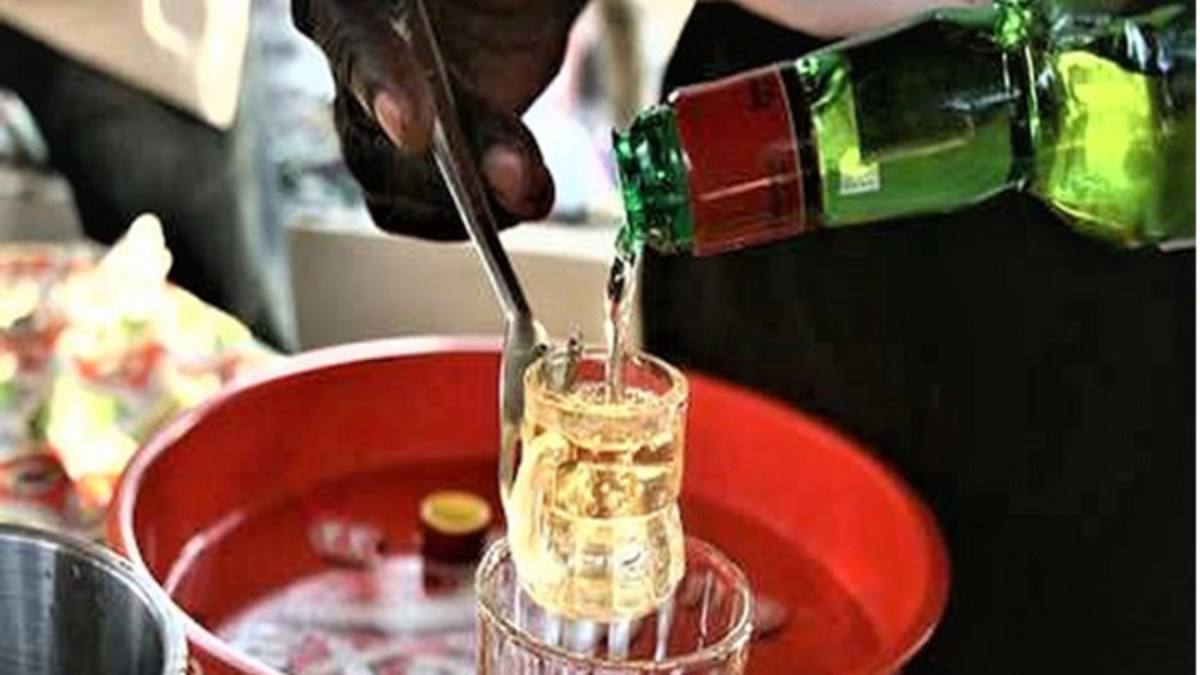 Alcohol is a liquid produced by fermentation.

Alcohol is a depressant drug; this means that it slows down activity of the central nervous system and the messages going between the brain and the body.

The four types of alcohol are ethyl, denatured, isopropyl and rubbing.

The one that we know and love the best is ethyl alcohol, also called ethanol or grain alcohol.

It’s made by fermenting sugar and yeast, and is used in beer, wine, and liquor.

-About 28 percent of all traffic fatalities involve alcohol.

-One standard drink can stay in your system for about an hour.

-The term alcoholism was first used in 1849 by the Swedish physician Magnus Huss.

What then is Alcoholism / Alcohol Use Disorder ???

It’s a chronic disease characterised by uncontrolled drinking and preoccupation with alcohol.

Alcoholism is the inability to control drinking due to both a physical and emotional dependence on alcohol.

Drinking alcohol in moderation generally is not a cause for concern. According to the National Institute on Alcohol Abuse and Alcoholism, drinking is considered to be in the moderate or low-risk range for women at no more than three drinks in any one day and no more than seven drinks per week.

For men, you  should not exceed 4 drinks per day or a total of 14 per week.

The French Ministry of Health and Sports suggests no more than 30 grams (roughly 3 drinks) per day for men and women alike.

So if one is  found drinking more than what’s stated above , one can be said to be abusing Alcohol or has Alcohol use disorder

Before I move to the main topic for discussion, which is the side effects of Alcohol on the body, let’s take a look at some benefits….

Benefits of Alcohol to the body….

Note that, Getting wasted every weekend might not be the best thing for your physical or mental well-being, but moderate alcohol consumption may have some substantial health benefits.

It should be noted that alcohol consumption and its benefits vary based on an individual’s body makeup and type.

According to the Dietary Guidelines for Americans, “moderate alcohol consumption is defined as having up to one drink per day for women and up to two drinks per day for men.

This definition is referring to the amount consumed on any single day and is not intended as an average over several days.”

Most of the time , when we here of Alcohol we only think about the negative side effects but you should know there are benefits associated with *drinking Alcohol in moderation*.

The following are some of the benefits associated with drinking Alcohol in small quantities…..

-It Can Lower Your Risk Of Cardiovascular Disease.

-It Can Lengthen Your Life. …

-It Can Improve Your Libido. …

-It Helps Prevent Against the Common Cold. …

-It Can Decrease Chances Of Developing Dementia. …

-It Can Reduce The Risk Of Gallstones. …

-Lowers The Chance Of Diabetes.

According to Key Chain Blood-Alcohol Testing, you are considered an Excessive drinker or ‘’an Alcoholic’’ if you are a woman who consume eight or more drinks per week. And for men, excess is defined as 15 or more drinks a week. (The researchers defined a drink as just 5 ounces of wine, 12 ounces of beer or 1.5 ounces of spirits.)

Causes of Alcoholism / Alcohol use disorder

The cause of alcohol use disorder is still unknown.

This makes you want to drink more often, even if it causes harm.

These withdrawal symptoms can be quite unpleasant and even dangerous.

*Risk factors of Alcohol use disorder….*

Although the exact cause of alcohol use disorder is unknown, there are certain factors that may increase your risk for developing this disease.

Known risk factors include having:

-more than 15 drinks per week if you’re male

-more than 12 drinks per week if you’re female

-a parent with alcohol use disorder

-a mental health problem, such as depression, anxiety, or schizophrenia

You may also be at a greater risk for alcohol use disorder if you:

-experience a high level of stress

-have a close relative with alcohol use disorder

Symptoms of Alcoholism / Alcohol Use Disorder

Symptoms of alcohol use disorder are based on the behaviors and physical outcomes that occur as a result of alcohol addiction.

People with alcohol use disorder may engage in the following behaviors:

-becoming violent or angry when asked about their drinking habits

-not eating or eating poorly

-missing work or school because of drinking

-being unable to control alcohol intake

-continuing to drink even when legal, social, or economic problems develop

-giving up important social, occupational, or recreational activities because of alcohol use

People with alcohol use disorder may also experience the following physical symptoms:

-withdrawal symptoms when not drinking, including shaking, nausea, and vomiting

-lapses in memory (blacking out) after a night of drinking

-illnesses, such as alcoholic ketoacidosis (includes dehydration-type symptoms) or cirrhosis

Note that when you experience these symptoms you should report to the hospital for management.

Treatment of Alcohol Use Disorder

Treatment for alcohol use disorder varies, but each method is meant to help you stop drinking altogether.

This is called abstinence.

Treatment may occur in stages and can include the following:

-detoxification or withdrawal to rid your body of alcohol

-counseling to address emotional problems that may cause you to drink

-support groups, including 12-step programs such as Alcoholics Anonymous (AA)

-medical treatment for health problems associated with alcohol use disorder

Side effects of Alcohol / Alcoholism/ Alcohol Use Disorder

Alcohol use disorder can severely damage your liver.

It can also lead to other health complications, including:

-bleeding in the gastrointestinal (GI) tract

-cancer in the GI tract

-pancreatitis (inflammation of the pancreas)

-changes in mental status, including Wernicke-Korsakoff syndrome (a brain disease that causes symptoms such as confusion, vision changes, or memory loss)

It can also shrink the testes, which can cause impotence or infertility.

It can also change  gonadotropin release which impacts sperm production.

Women who drink large amounts of alcohol (seven or more drinks a week or more than three drinks on one occasion) are more likely to have heavy or irregular periods and fertility problems.

Alcohol can also affect ovulation, which can make it difficult to conceive.

You can prevent alcohol use disorder by limiting your alcohol intake.

See your doctor if you begin to engage in behaviors that are signs of alcohol use disorder or if you think that you may have a problem with alcohol.

Causes, symptoms, treatment and how to prevent Dyspareunia

The Best Brain Foods for Eating Your Way Smarter .

Working Out for Extreme Fitness