The National coordinator for the School feeding program has been retained 48 hours after she we sacked in a letter by the Minister of Gender, Children and Social Protection, Adwoa Safo. 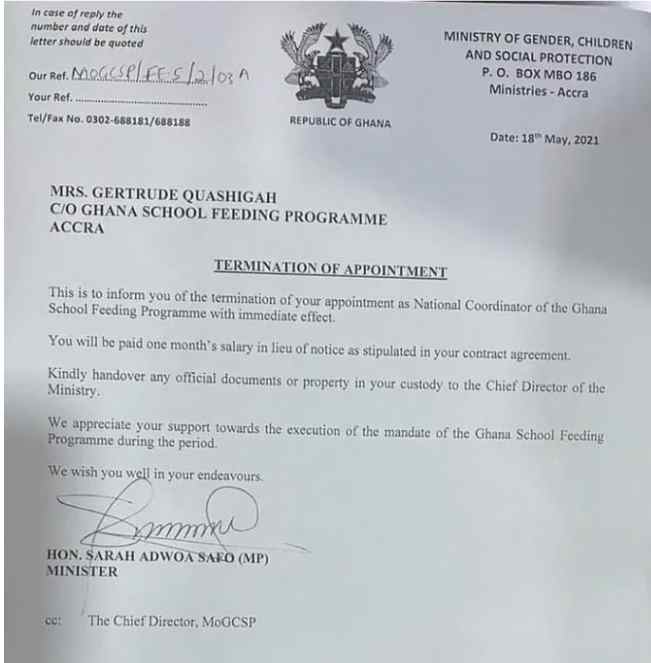 The first letter dated 18th May 2021 which was addressed to Mrs. Quashigah said “This is to inform you of the termination of your appointment as the National Coordinator of the Ghana School Feeding programme. You will be paid one month’s salary in lieu of notice as stipulated in your contract agreement”.

Mrs. Quashigah was asked to hand over to the Chief Director at the Gender Ministry.

No reason was however assigned for her removal.

Mrs Gertrude Quashigah, was officially named national coordinator of the programme in March 2020.

In a dramatic turn of events, it has been revealed by an insider that there was a battle between Godfathers which Mrs. Quashigah emerged victorious.

The Minister was ordered to immediately reinstate Mrs. Quashigah and also abrogate any  investigation that has been initiated against the national coordinator for the School feeding program.

It was revealed by the insider, the minister would have replaced Mrs. Quashigah with her own person if she had succeeded.

Shamelessly, Mrs. Adwoa Safo in her second letter to Mrs. Quashigah stated that her first letter to her(Mrs. Quashigah) was an ‘administrative error’. 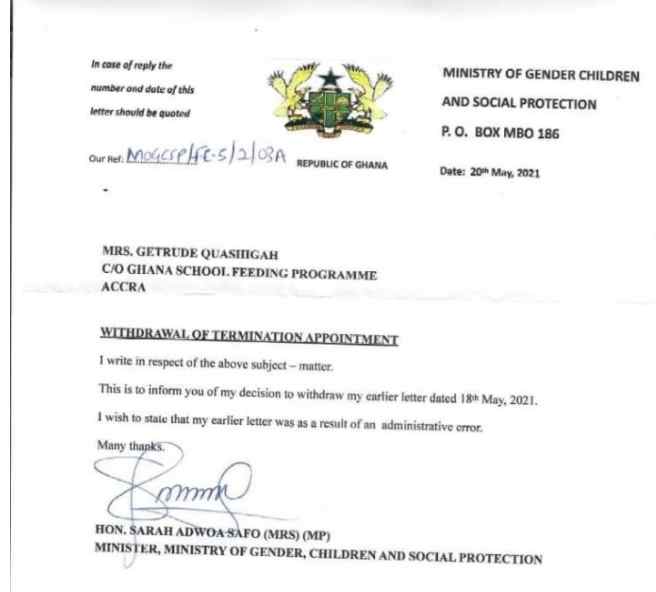