President Akufo-Addo has in a press statement signed by the Acting director of communications at the President, Eugene Arhin, indicated that he will appoint only 46 Ministers in his second term of office.

The President has scrapped seven Ministries which he thinks are done with their work and do not need to have a Ministry.

The statement from the Presidency said eight female Ministers will be appointed in the next Akufo-Addo led government. Six of whom are Ministers of State whiles two of them are Regional Ministers. 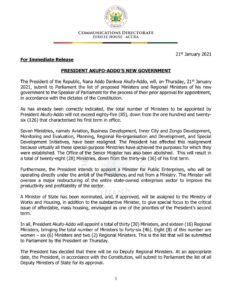 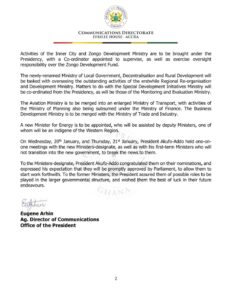 About Nana Kay 1130 Articles
Nana Kwame is passionate about changing his environment with his stories and always strive to give stories that have impact on lives. 27 years of age and a graduate of UCC. For your advertisements, kindly contact our team on 0205869285.