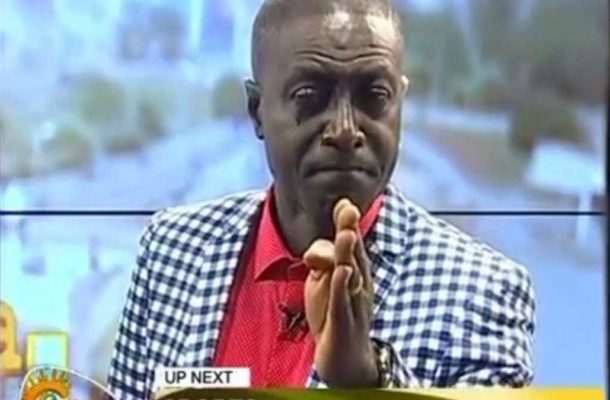 Reliable information available to smartandstuck.com has it that Godsbrain Smart, popularly known as Captain Smart has been arrested.

According to our sources he was arrested by the Nima Divisional Police Command in Accra.

The host of Onua Maakye, a morning show on Accra-based Onua TV/FM, was arrested on Thursday, December 2, 2021.

Read also: It is impossible to construct any sky train in Ghana – Amewu

A statement, signed by the Accra Regional Command’s Public Relations Officer, DSP Juliana Obeng, indicated the arrest was due to some unsavoury pronouncements that hinge on the country’s peace and security.

He has been cautioned on the offence of offensive conduct to breaches of peace as provided under section 207 of the Criminal Act.

The presenter is currently in custody assisting with investigations.

Meanwhile, the National Media Commission (NMC) says the presenter’s pronouncement by all standards, crosses the line of robust and critical broadcasting and transforms the radio station into a megaphone of war.

The NMC has, therefore, cautioned the station to exercise the required professional caution is in its interest. 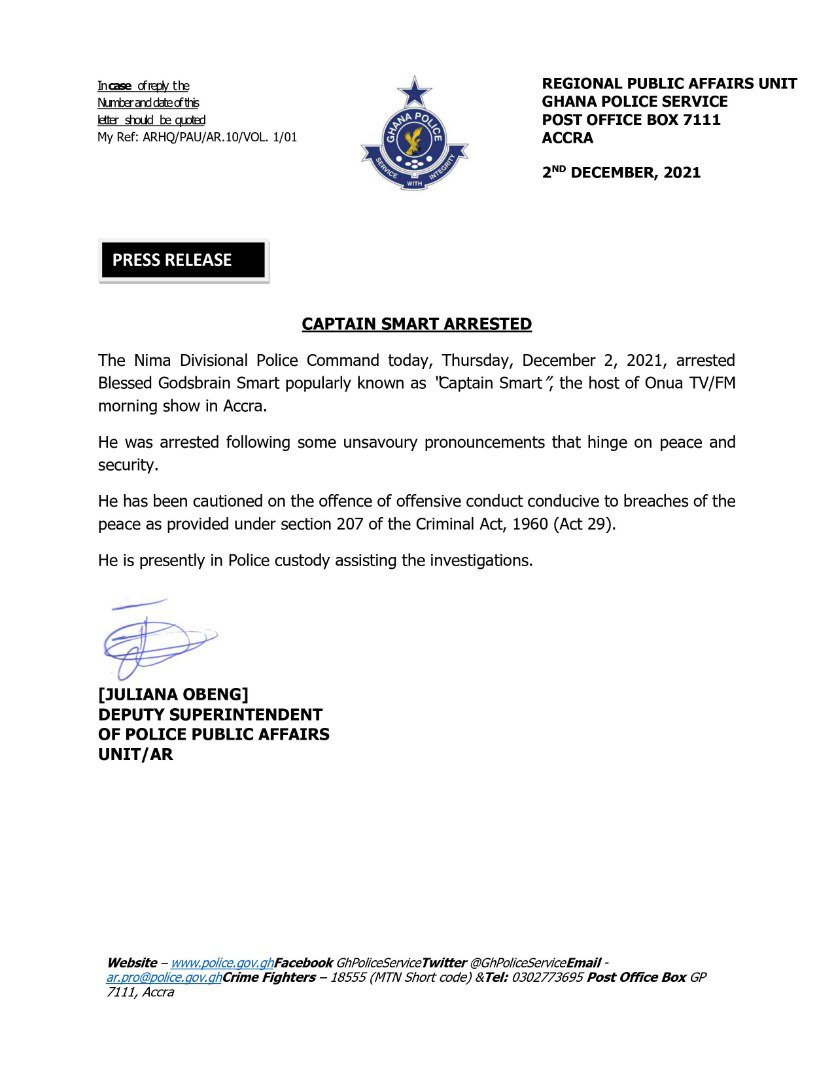