The former host of popular morning show dubbed, Anoba Bofo which is literary known as Angel In the Morning made this known through his social media handles.

This piece of news comes a few weeks ago when Captain Smart was given one-month suspension for taking on the Akufo-Addo led government for managing the country’s resources.

Smart after being suspended, was able to set up his television channel called “Smart TV” and has since not stop criticizing the govsrent of the day.

In a simple social media post, he confirmed his resignation from the media station. 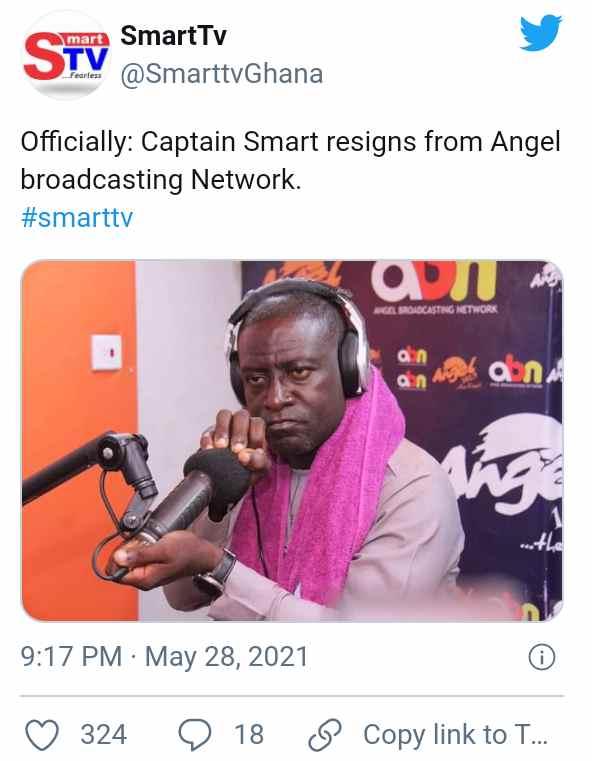