Popular Kumawood Actor, Sekyere Amankwah, known for his proactiveness in the movie industry has kicked the bucket according to information this news portal has received.

Also, a funeral poster sighted by smartandstuck.com, captures the image of the actor. According to the poster, the versatile actor died at the age 37.

One thing that will make one believe the news which is gaining popularity on social media is not true is that, the cause of his death is not known, where has passed away is not revealed and so much more.

But, we are following the story keenly and we promise to bring to the attention of our readers with any latest developments. 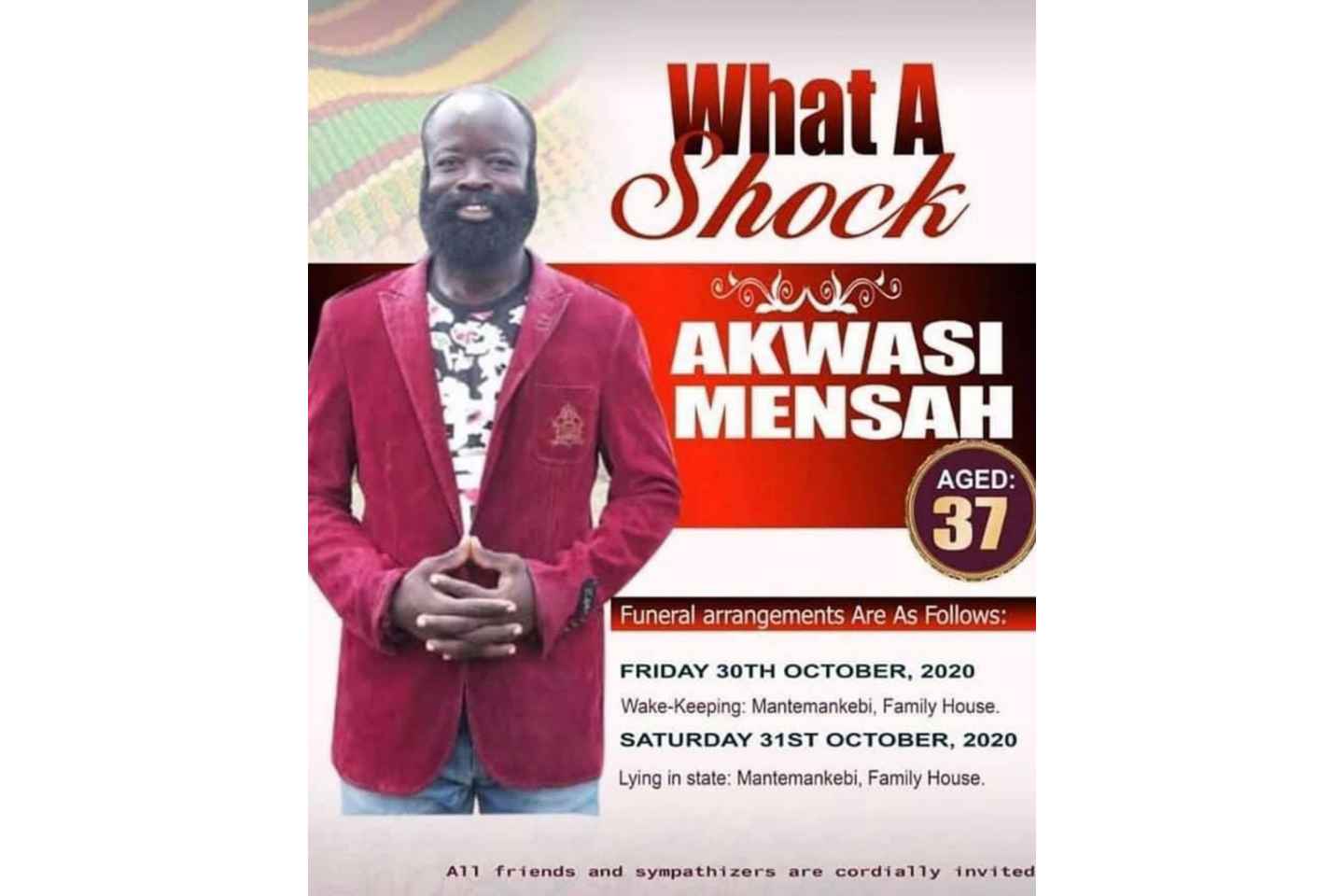