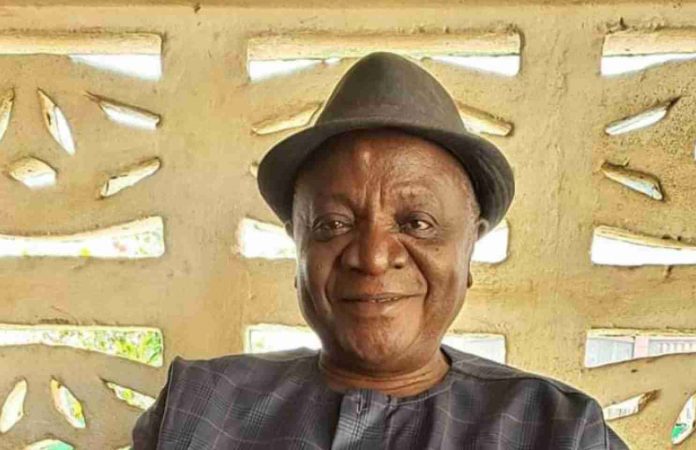 Highlife Legend, Nana Ampadu has been confirmed dead according to reliable information available to smartandstuck.com.

He is reported to have died today, September 28. The case of his desth is not currently revealed at the moment.

Nana Kwame Ampadu was a household name in Ghana and beyond. His style of music is loved by all, both kids and adults.

The Obo-Kwahu native in the Eastern Region, composed and recorded songs about money, love and marriage, good citizenship, greed, drunkenness, death, road manners for commercial drivers, effective parenting, social stratification and virtually every aspect of our being in this country.

Also READ: 7 Ways To Start To Value Yourself

One of his used songs is ‘Obra’ which was aired on Akan Drama on GTV sometime past.

His musical career has also involved him in electoral politics.

He composed a song for Jerry Rawlings’s National Democratic Congress party to use in the 1992 election campaign.

He also released a song critical of an attempt to disqualify Rawlings from the 1992 election based on him being half-Scottish.

Obra hitmaker Nana Kwame Ampadu in 2008 at Abetifi on Easter Saturday unveiled ‘We Like Am So’, a song that demonstrated his sympathy for the New Patriotic Party (NPP).

He proclaimed the NPP will win the elections and people of Kwahu shoukd support the wining side 8n the presence of Daasebre Akuamoah Boateng II, Omanhene of Kwahu Traditional Area, other Nananom, then presidential candidate Nana Addo Dankwa Akufo-Addo, Ministers of States amongst other dignitaries.

This came as a surprise to many who saw him as an NDC sympathizer who sang at party rallies, together with other artistes like the late Super O.D, Jewel Ackah and the late S.K. Oppong.