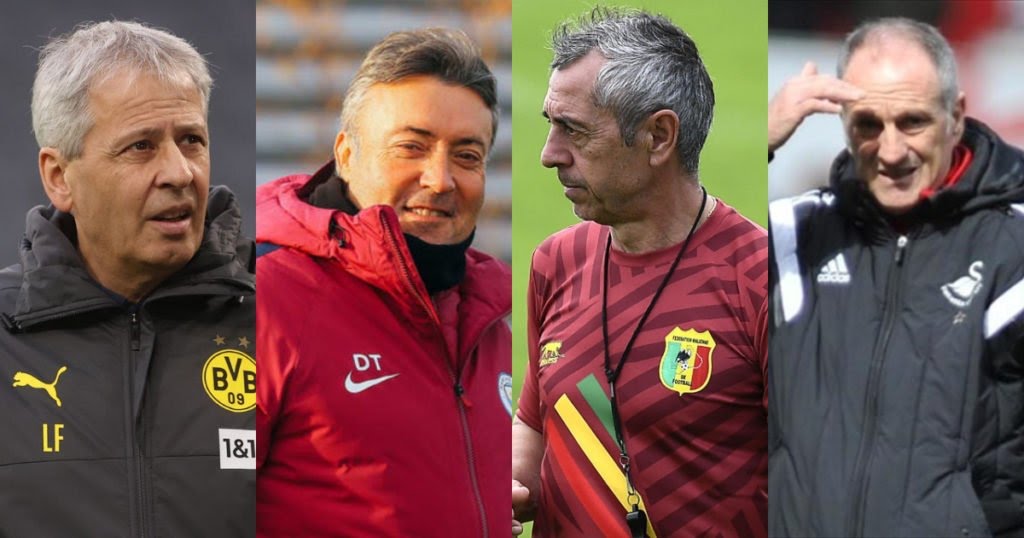 Four notable European coaches have slapped in their CVs to be considered for the vacant Ghana coaching post following the sacking of Charles Akonnor, according to a reliable information available to smartandstuck.com.

Among the early applicants for the Black Stars vacant is Italian coach Francesco Guidolin who coached Stephen Appiah at Udinese and Andre Ayew at Swansea City.

All the four coaches are among the early people to have sent their CVs to the Ghana FA following the decision to appoint coach within three days.

This comes after the sacking of Akonnor and with the three-man committee set to start its job today the four coaches are hoping to convince the GFA to be handed the post.

The top calibre of coaches to apply for the job shows that there is big interest in the Black Stars but the salary might be a sticking point if Ghana needs a top quality coach.

Favre, a 63-year-old Swiss professional football coach and former player, is a former coach of Borussia Dortmund in Germany.

He was a playmaker in various Swiss and French clubs. He was the longest player for Servette, who also won the championship.

Favre was a successful manager and won the Swiss Cup with Servette and Zurich.

He was also responsible for Borussia Monchengladbach and Hertha BSC in Germany.

Another coach keen on the Black Stars job is Torrent, a 59-year old, who was a key figure behind Pep Guardiola’s success in Barcelona, Bayern Munich and Manchester City.

Torrent was promoted to the third division, and Guardiola was appointed manager of the first team. Torrent assumed the same role in May 2008.

Torrent stayed with Guardiola when Guardiola moved to FC Bayern Munich Munich and Manchester City. Together, they won 24 trophies over eleven years.

Torrent, who had expressed a desire to be back in head coaching, was appointed the head coach of Major League Soccer’s New York City FC. He replaced Patrick Vieira.

Torrent was appointed to Campeonato Brasileiro Serie A side Flamengo on 31 July 2020. He had signed a one-and a half-year contract, but was fired four months later following their away defeat to Atletico Mineiro.

He has actually managed two top Ghanaian players in his coaching career, including Stephen Appiah at Udinese and Parma before coaching Andre Ayew to Swansea.

He was a coach for several Italian clubs in Serie A and won the 1996-97 Coppa Italyalia with Vicenza.

The 69 year-old has a lot of experience working in Africa, mainly with France. He was also in charge of Toulouse and the Georgian team.

Giresse was the Gabon’s national football coach and was appointed as Mali’s manager for the 2010 African Cup of Nations.

From 2013 to January 2015, he was the national football coach for Senegal.

He was appointed to the vacant Benin national soccer team manager’s position in December 2017. He was one of 77 candidates for the Cameroon national job.

Giresse was appointed manager of Tunisia on 13 December 2018. In August 2019, he resigned.