Member of Parliament for North Tongu Constituency, Samuel Okudzeto Ablakwa, has resigned from the Appointments Committee.

According to him, the decision to resign from the committee is personal and on principle.

This comes at a time the leadership of the minority in Parliament and the Appointments Committee in particular have been accused of taking huge sums of money to approve appointees of the Akufo-Addo led administration.

This has generated into a national debate where some persons with the NDC have agreed that the NDC MPs have let the party down.

The Communications Officer of the NDC party in a lengthy post on his Facebook page, lambasted Minority MPs on the Committee for approving some of President Akufo-Addo’s appointees who according to him, does not deserve to be appointed and elected to hold Ministerial positions.

This in one way or the other, might have influenced Mr. Ablakwa to exclude himself from the committee.

And for that, the legislator will not be available for the vetting of Deputy Ministers of government.

“May I extend to you, Leadership of the House, the Committee of Selection and Leadership of the great National Democratic Congress, my sincere gratitude for the opportunity to serve as a member of the Appointments Committee in the 6th, 7th and 8th Parliament of the Republic of Ghana”, portion of Mr. Ablakwa’s read. 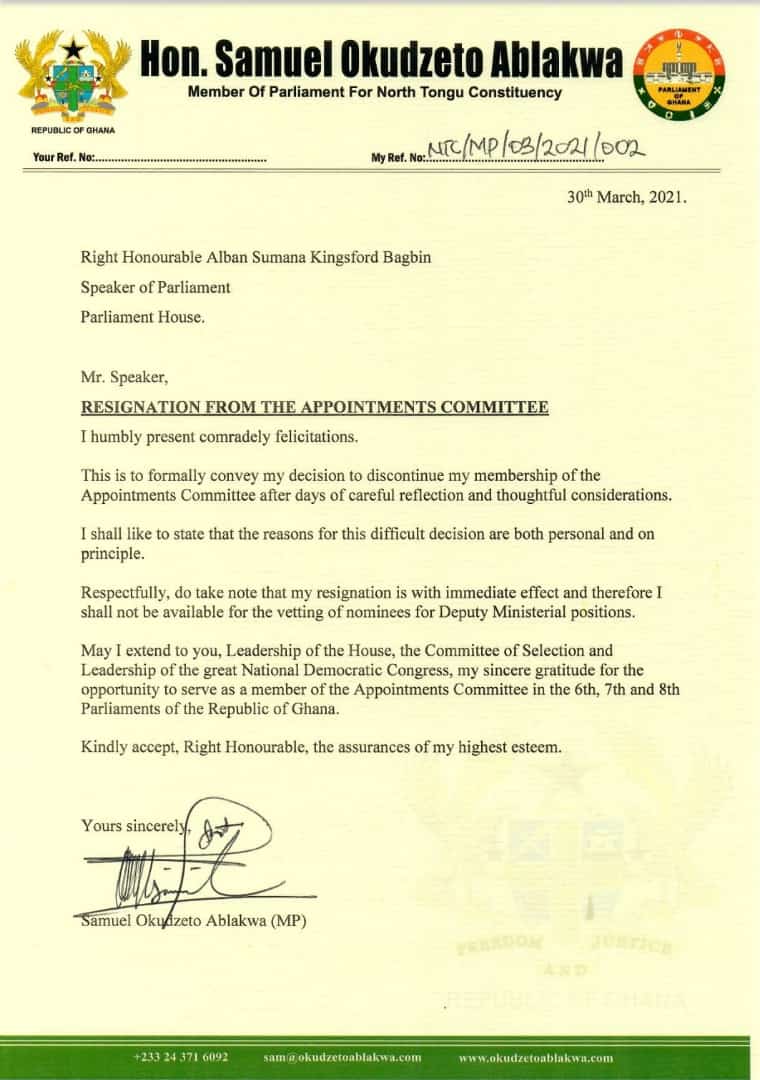 The Appointments Committee of the 8th Parliament of the Fourth Republic is chaired by the First Deputy Speaker of Parliament, Joe Osei Wusu, the 26-member committee has13 members on each side of the House – 13 NDC members and 13 NPP members.

The Appointments Committee is among other things responsible for the vetting of nominees for ministerial positions and other public offices.