The Police has arrested two Electoral Commission officials who inadvertently or deliberately tampered with the Presidential ballot papers in Awutu Senya West and Bawku Central Constituencies.

There were photos of ballot papers which had the President’s picture cut off leaving only eleven persons on the paper. 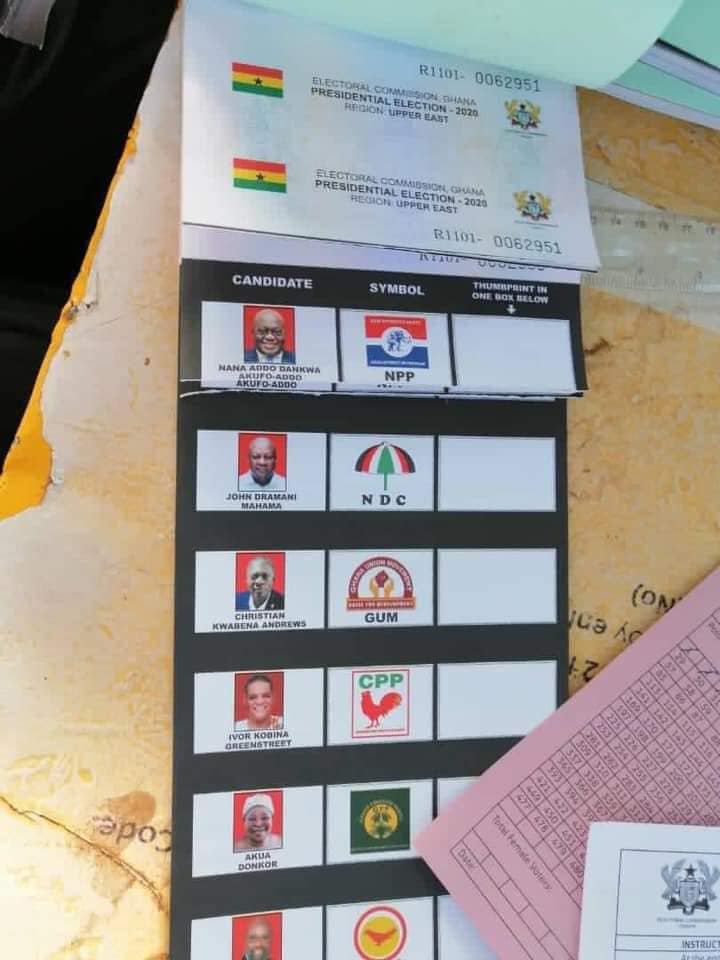 Persons who shared the images claimed it was scheme being implemented to support the former President of Ghana John Dramani Mahama.

But according to the EC, it is working with the Police to ensure that the officials involved in the illegality will be brought to book adding that the officers have been taken out of the polling stations.

The Commission used the opportunity to inform Ghanaians that there are 12 people on the ballot paper.

Ghana is currently electing its leaders who will steer the affairs of the country for the next four years. 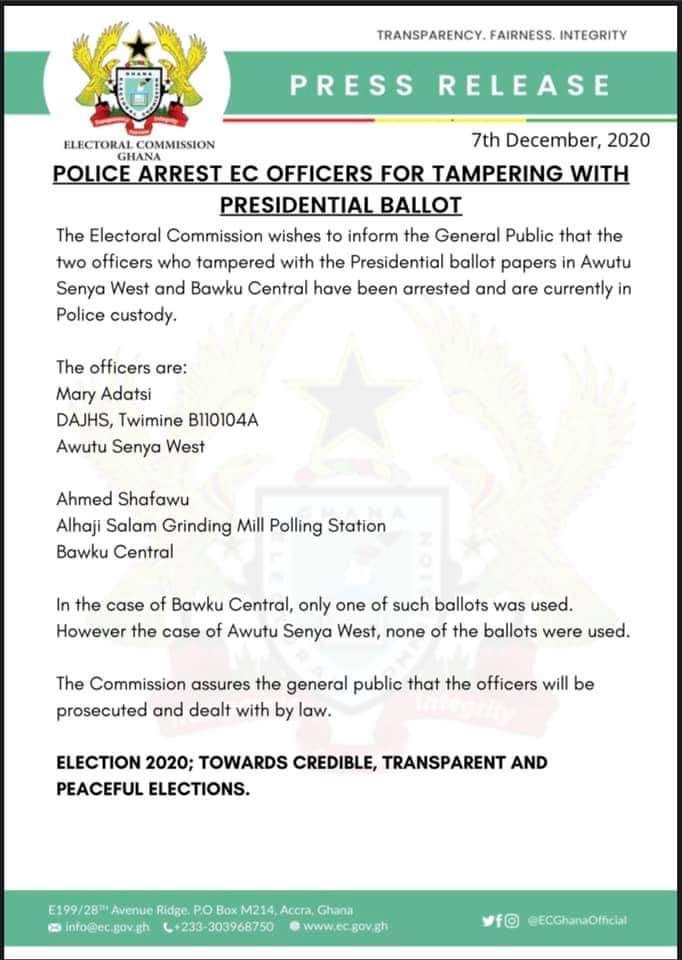 About Nana Kay 1110 Articles
Nana Kwame is passionate about changing his environment with his stories and always strive to give stories that have impact on lives. 27 years of age and a graduate of UCC. For your advertisements, kindly contact our team on 0205869285.

Twenty-two ministerial nominees of President Nana Addo Dankwa Akufo-Addo have been unanimously approved by the Appointments Committee of Parliament. It has also reveal that the […]

President Akufo-Addo has honoured his promise of taking the coronavirus vaccine together with his wife, Rebecca Akufo-Addo, some few minutes ago. As part of his […]