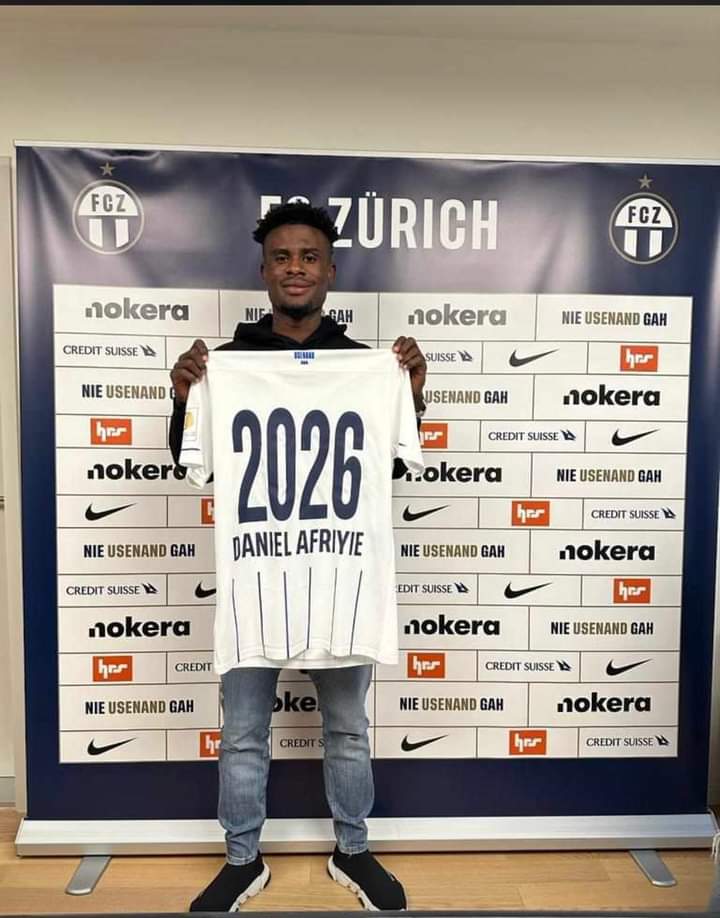 The Swiss super league side FC Zurich took to their website on Tuesday to announce the capture of the young striker on a three-year deal for an undisclosed fee.

The club in statement stated that the player joins his new club immediately which means he has ended his stints with the Phobians even though Hearts of Oak earlier on Tuesday released a communique that the player has renewed his contract with the club.

Barnieh is currently with Ghana’s Black Galaxies who are preparing for a CHAN competition in Algeria.

At 21, Afriyie Barnieh is one of the high profile Ghanaian footballers who plays in the Ghana Premier league.

Daniel Afriyie Barnieh featured for a number of juvenile clubs in the Ashanti Region where he was given a hero status. He began at Amansie FC before joining Celtic Academy in Kumasi then moved to a juvenile club Valencia in 2015.

He moved a step further in his career by joining Ghana Division Two League side Galaxy United where he featured from 2016 to 2017.

He made a return to Ghana and joined Thunder Bolt also in the Ghana Division Two League and played for a short stint before securing a move to Madina Republicans in the same league in 2019.

In December 2019, Afriyie was given a four-week trial at Kumasi Asante Kotoko. He failed to impress during the trials after being played out of position as an out and out striker but found it difficult to communicate it to the coach with the fear of being dropped.

“I’ve never really seen myself as an out-and-out striker, but I did not have the choice to tell the coach my favourite position. They might have dropped me,”

Afriyie Barnieh talking about his trials at Kotoko

The following month after being dropped by Kotoko, Afriyie was given another chance to play for a Ghana Premier League side after he was offered as part of negotiations between Hearts of Oak and Abdul Aziz Nurudeen who he shared the same agent with.

He was given the opportunity to trial and be observed by then head coach Nii Odum. Fortunately for him, he impressed the technical staff and on 15 January 2020 he was signed on a three-year deal ahead of the 2019–20 Ghana Premier League. He made his debut on 19 January 2020 in a 2–1 away win against Liberty Professionals.

On 3rd August 2021, after an impressive season with Hearts of Oak, Afriyie received his debut call up to the Ghana A’ (Local Black Stars) under the management of Annor Walker for a camping exercise ahead of their upcoming international assignments including 2022 CHAN qualifiers and 2021 WAFU Nations Cup.

A week later, under the management of C.K. Akunnor, Afriyie was handed his first call-up into the Ghana senior team, the Black Stars, ahead of Ghana’s 2022 Qatar FIFA World Cup Group G qualifiers against Ethiopia and South Africa. He was one of the five home-based players to make the squad.

He was part of Ghana’s World Cup squad and played in the Black Stars last friendly match against Switzerland prior to the World Cup. He was an unused sub for Ghana at the World Cup.