Arsenal announced on Friday 17th June, 2022 that Eddie Nketiah has signed a five-year contract extension with the club, keeping him at the club until June 2027.

Edward Nketiah, 23, was keen to leave Arsenal last season due to lack of playing time. But the departure of Pierre-Emerick Aubameyang and Alexander Lacazette will pave a way for the striker to lead the lines next season. As Aubameyang left the club in January to join Barcelona, Arsenal were left with only Lacazette as an out and out striker, with Nketiah as his back-up. Unfortunately, Lacazette picked up an injury during the second round of the season, where Nketiah was introduced into the fold.

The young striker really proved he is very much ready to lead the Arsenal attack. He scored some important goals in the few matches he played in, notable among them were the goals he scored against Chelsea at the Stamford Bridge. 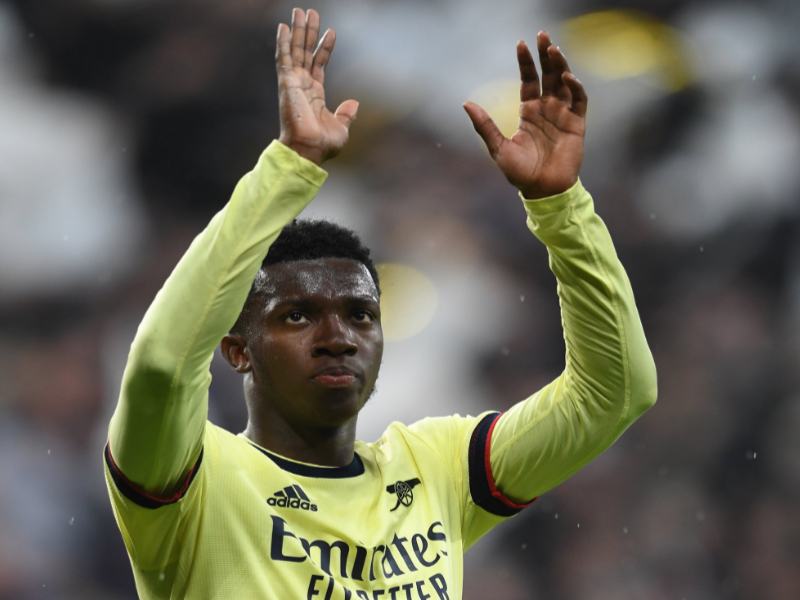 Edward Nketiah is a Ghanaian born English International, who has participated in the U-20 and U-23 of the English national teams. He is yet to be given a call up for the senior team, the three lions. He has been however approached by Ghana to switch nationality to play for Ghana in the 2022 Qatar World Cup, which he is seriously considering.

Arsenal ended his loan and he returned to the club in the year 2020. 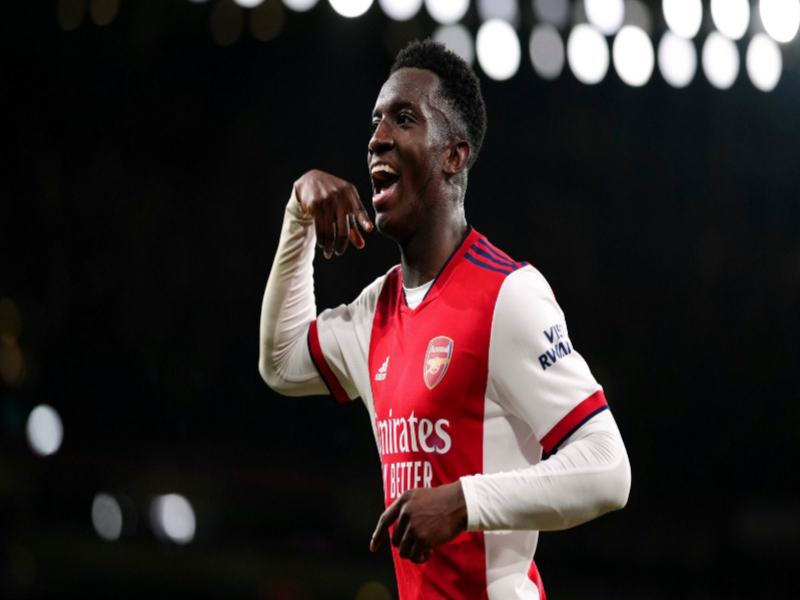 Eddie Nketiah played a total of 21 matches for the Gunners. In those 21 matches, he started in only eight of them. He had a total of six goal contributions in all seasons. He scored five goals and assisted only once.

His stats are not impressive, but given he is a young striker, he has the potential of becoming a great striker in the future.

Arsenal are reportedly eager to bring Manchester City striker Gabriel Jesus to the Emirates. Several reports in London suggest the Gunners are ready to submit a bid in the region of €50m for the signing of the Brazilian. The club is currently negotiating with Manchester City to see if a deal could be agreed soon. Jesus, however, is however ready to accept Arsenal’s offer and join them. When he joins, he is likely to be paired with Eddie Nketiah, who just signed a contract extension at the attack for next season.

The Gunners have also announced the signing of the Portuguese midfielder, Fábio Vieira from FC Porto for a fee of €40m, plus €5m in add ons. The Portuguese is the first summer signing for the Gunners, and they are looking forward to signing more quality players to improve their squad for the season ahead.