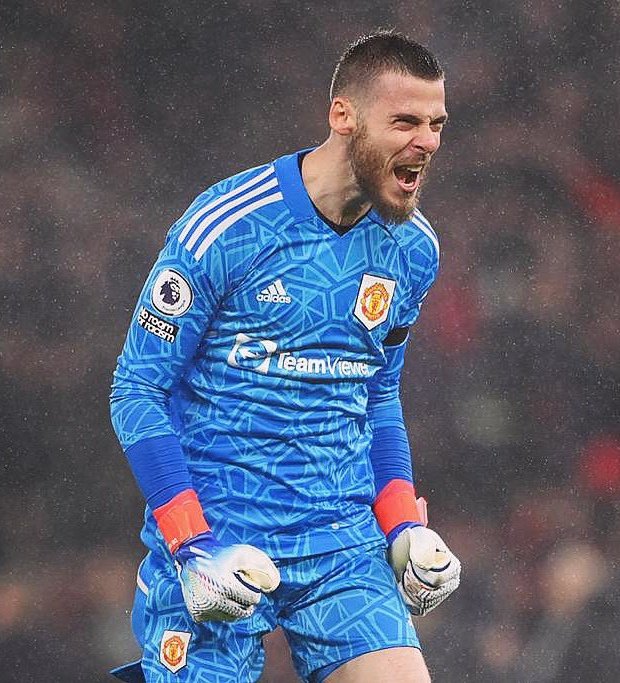 Manchester United shot stopper David de Gea is reportedly to have agreed a new contract with the club which will see his current salary slashed according to Telegraph Football.

Manchester United shot stopper David de Gea is reportedly to have agreed a new contract with the club which will see his current salary slashed according to Telegraph Football.

The current Manchester United number one is on a £375,000-a-week contract at the club but the hierarchy of the club want to restructure the high wages of the players at the club and restore sanity.

Manchester United, even though they are yet to win the Premier league since 2013, are unbelievably one of the teams with the highest player wages in Europe. The club was spending a sum of £226.6m on their players before the exit of their Portuguese icon Cristiano Ronaldo. Ronaldo before leaving was pocketing £510,000-a-week (£26.5m-a-year), according to Spotrac.

New arrivals in the 2021 summer transfer Jadon Sancho and Raphael Varane were also put on more £250,000 a week contracts which some have described as ridiculous.

Read Also: Messi Scores in his 1000th senior career appearance as Argentina defeat Australia in a World Cup Round 16 match

Chelsea were sat in second with some £60m behind United, according to the figures, spending an estimated £162m with Manchester City splashing out £143m as Liverpool fall marginally behind with £139m

Looking at the uninspiring performance of the club in recent years, that could be the only means they could use to entice players to join the club under their former Club CEO Ed Woodward.

However, with the appointment of new managers last year, the club has rather pushed for players who will come in and play for trophies instead of the money. And since appointing Erik ten Hag as a manager, he has tried to be involved in player negotiations to ensure the club does not overpay for any player either in wages or transfer fees.

Players wages are now being increased on a performance basis and non performing players will see their wages slashed.

David de Gea joined Manchester United from Atlético Madrid in the summer of 2011 under Sir Alex Ferguson to replace Edwin van Der Sar who was about to go on retirement.

Since joining Manchester United, De Gea has made over 500 appearances and won a Premier League title, an FA Cup, a League Cup, three Community Shields and the UEFA Europa League.

For three consecutive seasons from 2013–14 to 2015–16, he was elected as United’s Sir Matt Busby Player of the Year, the first player in the award’s history to win on three successive occasions (four in total), as well as being included in four consecutive (five in total) PFA Team of the Year sides from 2015 to 2018. In 2018, he was named in the FIFA FIFPro World 11.

He is currently the longest serving active player at the club. He has spent 12 years at Manchester United and has insisted that he wants to keep on playing with the club hence the need for a contract extension.

He confirms talks with Man United over a new contract: “I’m relaxed, for sure it’s going to end in a good way”, as per samuelluckhurst.

“I hope to finish my career at Man United. I was saying this is my club, it’s a huge honour to be here and I’m so happy here” he added.