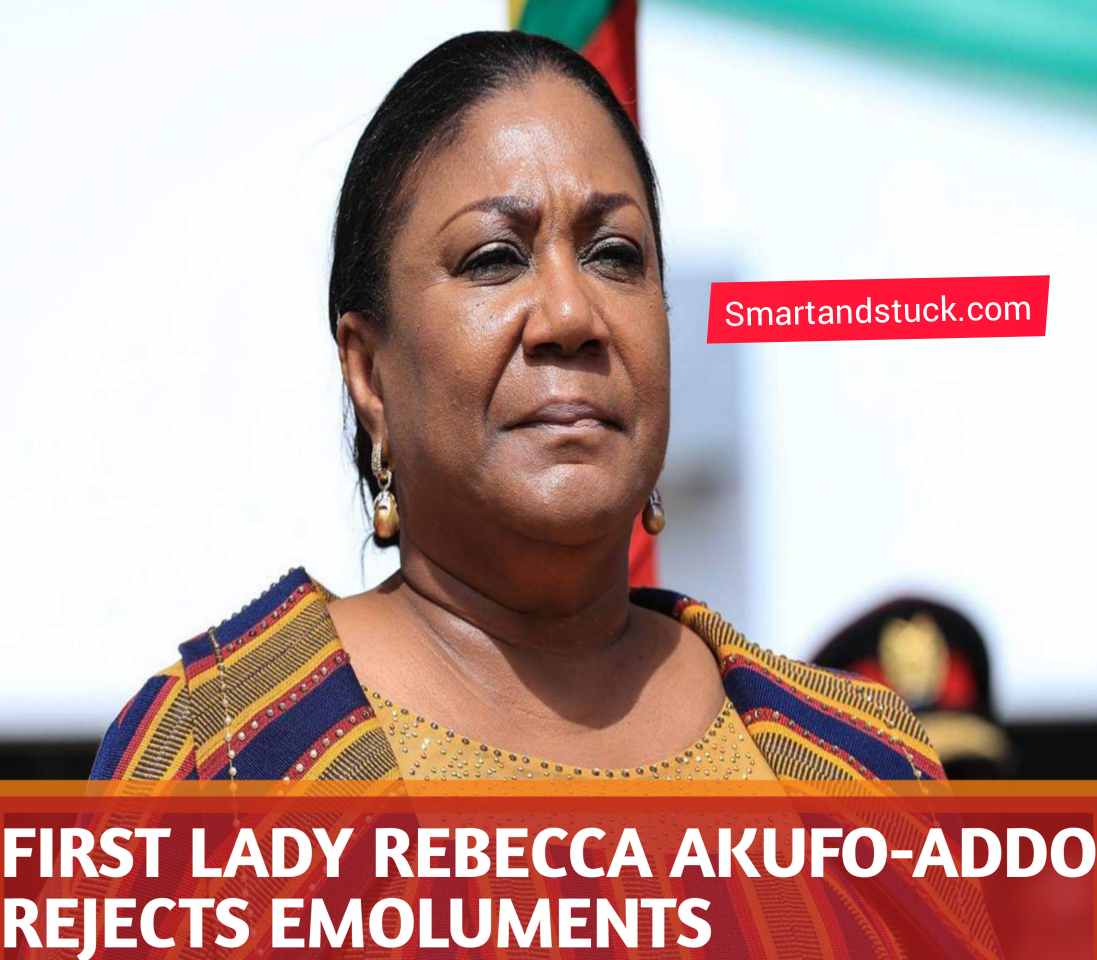 First Lady Rebecca Akufo-Addo rejects allowances; set to refund 899K to state after series of verbal attack on her image

The First Lady of the Republic, Mrs. Rebecca Akufo-Addo, has revealed her intention of refunding allowances given to her since 2017 which amounts to Ghc 899,097.84 when the Akufo-Addo led administration came into power after series of attacks on her image.

According to her she fears it will be a dent on the achievements of her husband, President Nana Addo Dankwa Akufo-Addo.

For this reason, she has rejected the emoluments approved for by Parliament and all discussions that put her in bad light as selfish and greedy.

In a statement signed by Korkor Bieboo, the Director of Communications, Office of the First Lady, “The First Lady, in consultation with the President of the Republic, has decided to refund all the monies paid to her as allowances from the date of the President’s assumption of office, i.e., from January 2017 to date, amounting to GHS899,097.84.”

“The First Lady has also decided not to accept any monies that have been allocated to be paid to her, pursuant to the recommendations of the Ntiamoa-Baidu committee, as approved by Parliament. She is doing this as a purely personal decision, without prejudice to the rights of others, and not to undermine the propriety of the process undertaken by Parliament.”

In the said statement, the Director of Communications for the first lady argued that Mrs. Rebecca Akufo-Addo did not request for the allowances to be paid her but she only received what existed and [was] attached to her status.

The First Lady of the Republic has come under attacks recently after her allowances she takes’ was made public with some arguing that Maa Becky is greedy and selfish. Others also saw nothing wrong with her taking such emoluments as they believe she plays a critical role in her husband’s day-to-day run of government and for that has to be paid. 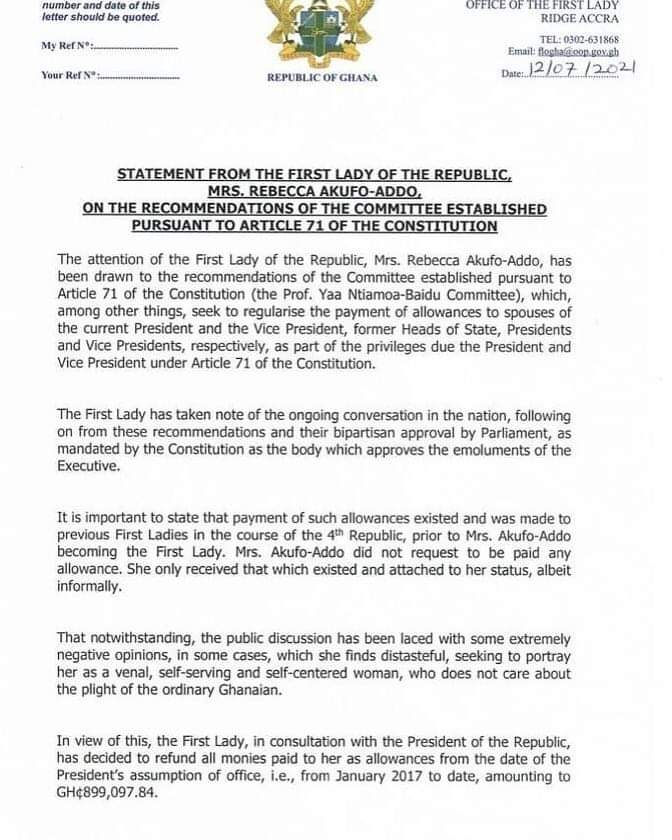 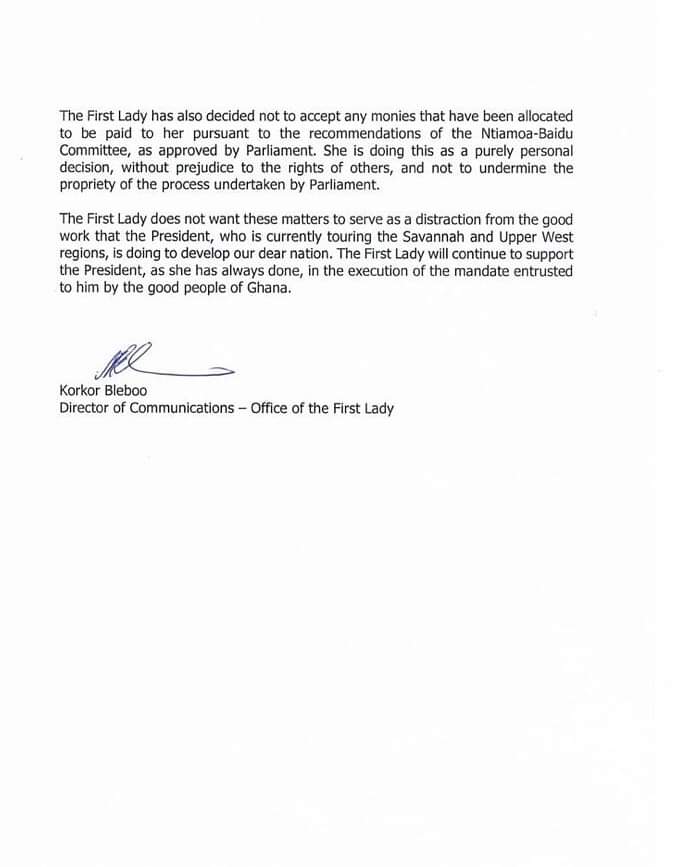