Ghana’s social media space has been buzzing with a particular trend over the recent hikes in fuel prices and other tariffs.

To express frustrations on the need for government to put in their best to remedy the situation amongst other issues affecting the country, Ghanaians started a trend with the hashtag, #FixTheCountry.

Since the trend started, many people shared their sentiments and the various sectors of the economy they want to be fixed.

Considering the fact that this trend is targeted at the seating Akufo-Addo government, the Member of Parliament for the Nsawam Adoagiri constituency, Frank Annoh-Dompreh came out hard at Ghanaians.

In a deleted tweet, he said as Ghanaians are tweeting about the need to fix the country, they need to take note of the fact that most of them do not pay their taxes, receive bribes, do not respect elders, do not go to work on time, and politicise every good policy.

He also added that Ghanaians overprice products and services, destroy state properties, do not keep their environment clean, do not patronise Ghanaian products, and do illegal connections as well.

Annoh-Dompreh also added that those shouting fix the country go about cheating on their spouses and commit adultery with girls old enough to be their daughters.

Insulting those jumping on the current trend on social media, he came out strong saying it is sheer stupidity and asked them to work on themselves.

In a series of tweets, the Nsawan Adoagiri MP apologised for his earlier tweet. 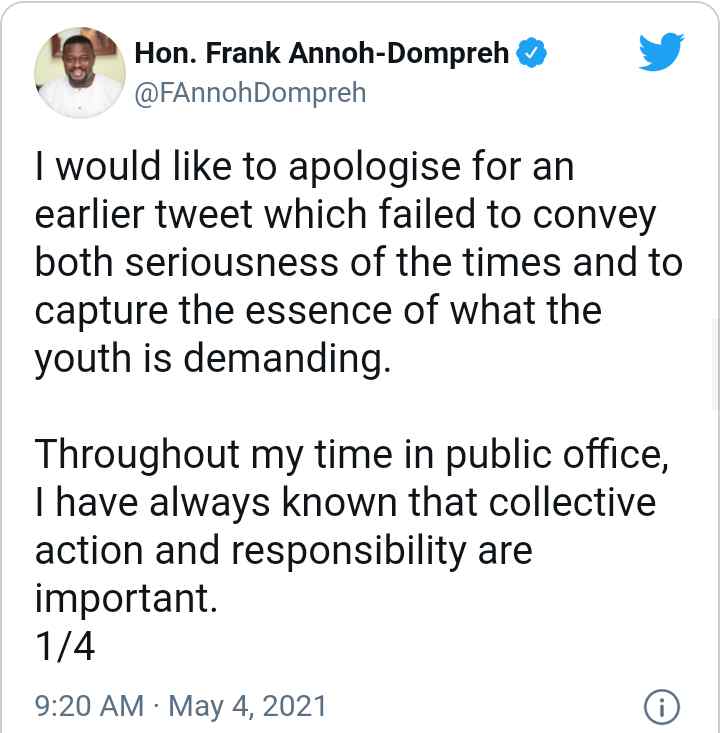 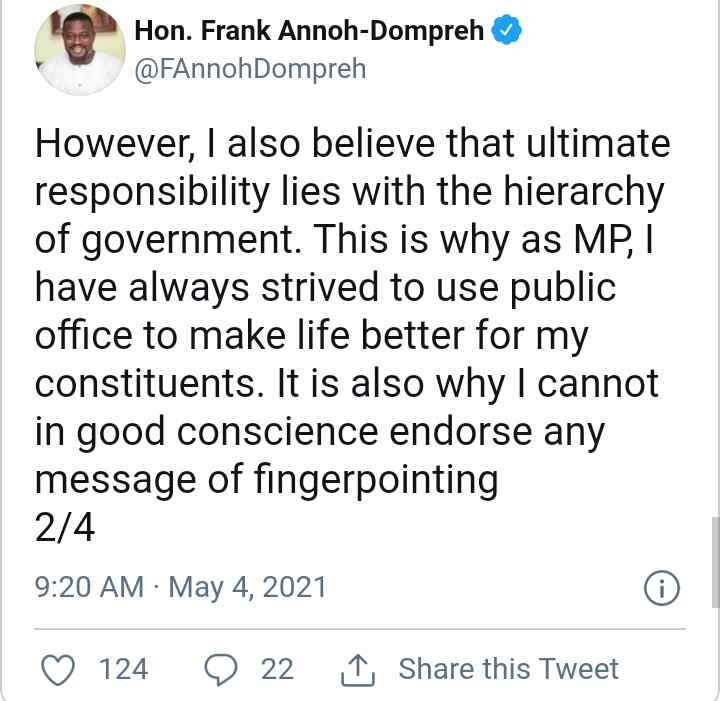 The ‘FixYourself’ hashtag was created to counter the ‘FixTheCountry’ hashtag on Twitter.

The ‘Fixthecountry’ tag is a Twitter campaign by some unhappy Ghanaians who are venting their anger over what they say is the failure on the part of successive administrations to improve the lives of the citizenry.

Tens of thousands of posts have been made on social media highlighting some of the challenges with the Ghanaian economy.

However, the “FixYourself” focuses on the need for the Ghanaian to change his or her attitude.