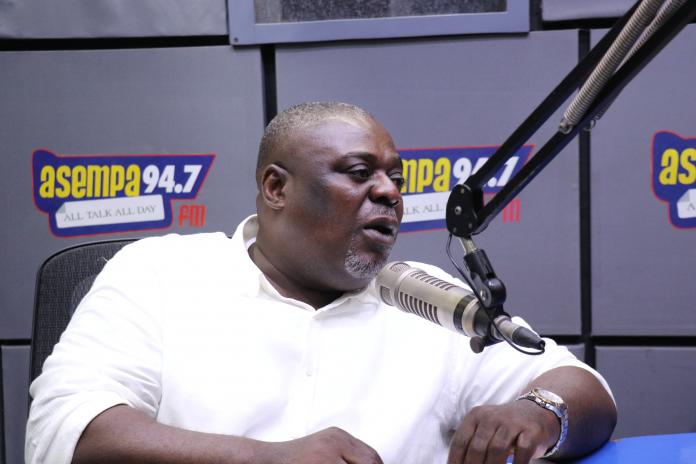 Founder of Atta Mills Institute, Koku Anyidoho, has reacted to his expulsion from the National Democratic Congress (NDC) by the Functional Executive Committee(FEC).

The former Deputy General Secretary of the NDC noted in a post that he is God’s son and what his enemies has planned for him will not materialize.

Mr. Anyidoho has been sacked from the NDC party. According to the Functional Executive Committee (FEC) who took the decision, it was due to indiscipline and anti-party behaviour of the NDC stalwart.

In a letter signed by the General Secretary, Johnson Asiedu Nketia, Mr. Anyidoho has been excommunicated from the party.

You are, therefore, by the decision of FEC expelled from the National Democratic Congress and for that matter, you are no more recognised as a member of the Party and cannot carry yourself as such,” portion of the letter signed by Asiedu Nketia read.

Koku was suspended from the party February, 2021 after a petition was brought before the Functional Executive Committee by two members of the part.

It is now evident that the journey between Anyidoho and NDC has come to an end as he has been ousted from the party.

But reacting to his sacked from the NDC party, Koku Anyidoho wrote on Twitter account: “When Joseph’s brothers sold him into slavery; they did not know they were selling him into his God-given destiny to become a Prime Minister in Egypt. What evil men mean for wickedness; God turns it around for good. I am a Son of God.” 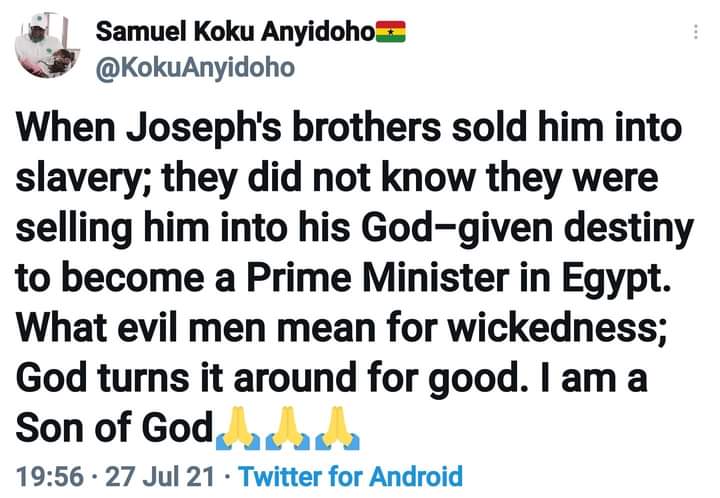