Democrat candidate, Joe R. Biden has been elected the 46th President of the United States of America.

His win comes moment after Pennsylvania, which is believed to be the commonwealth of votes for the Republicans, massively gave their support to Joe Biden pushing his Electoral votes of 253 to 290 at the moment. 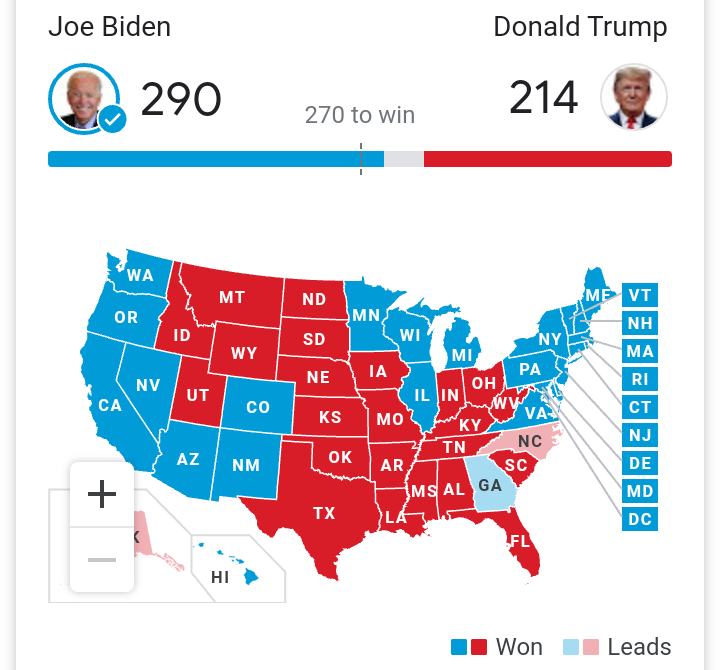 This has brought to an end the 4-year-reign of Donald Trump, the President of the United States of America.

This year’s US elections have been cumbersome with the Coronavirus Pandemic shifting the mode of voting by mail and absentee ballots. The Vice President elect, Senator Kamala Harris, will be the first black female president in the history of US politics.

The president-elect has hinted of giving the Trump administration a bit of time to process this development as he works on his transition team.

Meanwhile, the Joe-Kamala administration is expected to prioritize the Coronavirus which has already claimed over 200,000 American lives.

Joe Biden takes office as the oldest president in U.S. politics with 78 years. He also is the send Catholic President of the U.S. Taking to his Twitter Page, Joe Biden thanked Americans for the victory assuring to be “a President for all Americans”. 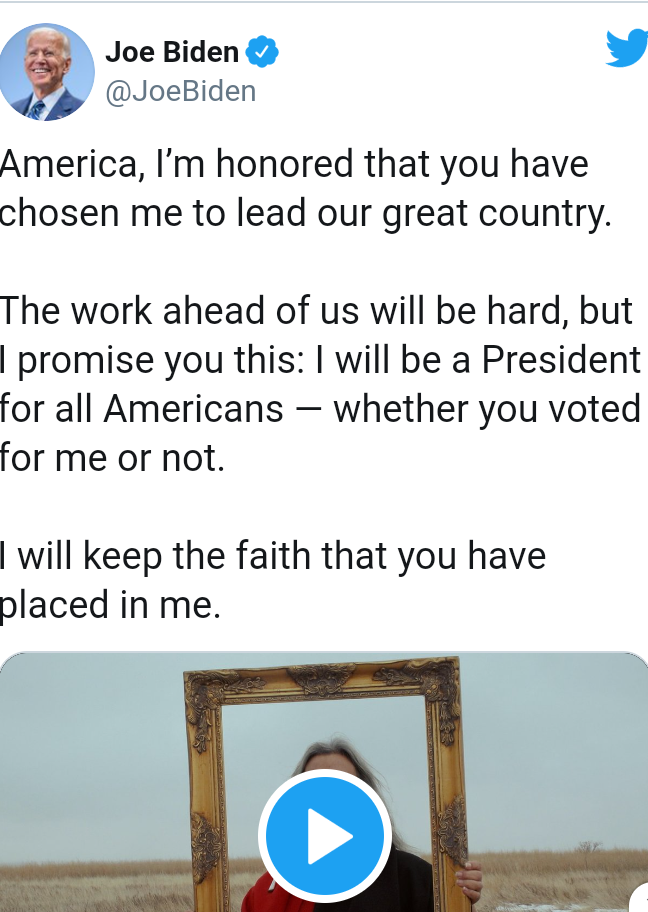