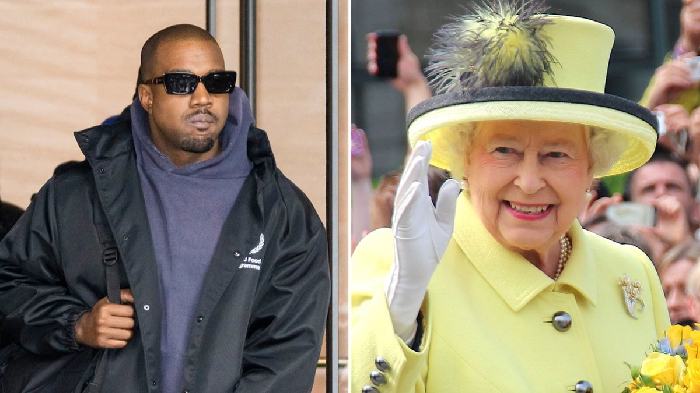 Kanye West, now known as Ye, has said he is “releasing all grudges” in honor of Queen Elizabeth.

Kany West expressed his sympathies to the late British monarch, who passed away on Thursday at the age of 96, along with other well-known individuals, according to a statement from Buckingham Palace.

In an Instagram tribute to the Queen, Ye posted pictures of the monarch when she was Younger. Ye in a post on Instagram indicated that life is precision and for that matter he’s leaning into the light.

The rapper has had disagreements with several celebrities. Ye has had feuds with celebrities including Taylor Swift, Drake, Trevor Noah, Billie Eilish, and Jay-Z.

The rapper recently posted on Instagram about his dispute with the Kardashian family, which stems from differences about the schools that Kim and he should send their kids to.

He wrote, encouraging people to “shut the f-k up and worry about you’re [sic] own kids,” that “Anyone that thinks I’m spinning when I voice the indisputable truths is a sheep.”

According to the level at which he was operating, he continued, “I certainly deal with wars at the highest levels of control and discriminating. Oh Ye is mad, that much is obvious. I’m just right. I am aware of girls that promote behavior that is incompatible with how my daughters are presented. He finished posting, My kids’ schools aren’t in Calabasas or Hulu, for example. I’m not the insane one, he said, adding that he would keep going until he had a say over his children, no matter what it took in terms of the law.

Ye has also uploaded and removed a number of captions making fun of Pete Davidson, the ex-boyfriend of his ex-wife Kim Kardashian. After Davidson and his ex-wife split up, he posted a phony newspaper headline indicating that Davidson had passed away.

Kid Cudi was removed from Kanye West’s album “Donda 2” because he doesn’t seem to be happy with anyone who is friends with Pete Davidson. In response to Kanye, Kid Cudi stated that he did not want to be on the rapper’s album and that he will pray for him.

Ye has not disclosed whether he’ll smoke the peace pipe with any of the people he has been in a feud with despite his earlier Instagram post which has been deleted that he’s ending his grudges.