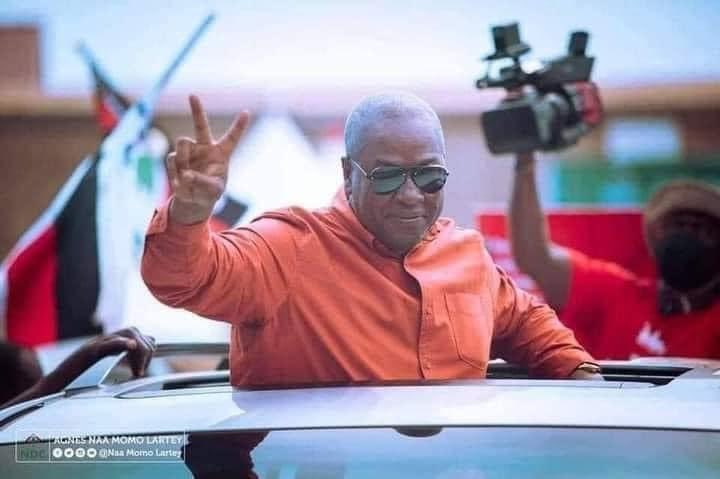 Former President John Dramani Mahama has responded to President Akufo-Addo’s ‘zero policy comment’ and this will make you feel emotional.

President Akufo-Addo while addressing party faithfuls at the National Delegates Conference in Kumasi yesterday, said the NDC had provided no alternatives to the challenges they claim Ghanaians wee facing.

He further dared the 2020 Flag Bearer of the National Democratic Congress (NDC), John Dramani Mahama, to mention one thought through policy after been in opposition for five years.

Mr. Mahama taking to his official Facebook page has replied President Akufo-Addo in a reasonable manner.

According to Mahama, President Akufo-Addo should be focus in tackling the economic challenges the country is facing instead of running his mouth.

“I think the President must take his responsibilities seriously and focus on working to change the circumstances of our people, rather than the rabble-rousing skits he serves the nation.

To answer his rhetorical question on policy, if only he took a moment, in the comfort of his chartered jet, to read the People’s manifesto, he would have at least learnt about the ‘Big Push’ (an accelerated infrastructure plan for Ghana), ‘Free Primary Health Care Plan’, the ‘1 million jobs plan’, ‘Ghana FIRST’ (Framework for Industrial Revitalisation, Support and Transformation) and several other well-thought-through and costed policies.

I am willing to provide him with an autographed copy of the manifesto.

With his speech of yesterday, he has carved his niche as a good campaigner, but unfortunately a poor leader as Ghanaians have found out at great cost.”

May 30, 2022 Smartandstuck
Government and Politics