The Opposition National Democratic Congress has responded to a call by Peace FM for an NDC representative on the most listened-to political talkshow.

This comes on the back of a letter asking the party to return to its flagship programme kokrokoo after a boycott on March 6, 2020.

Addressing what the radio station termed as a misunderstanding between them in a press statement, the party says it holds no grudges against the station.

In statement signed by the General Secretary of the NDC, Johnson Asiedu Nketia, acknowledged receipt of their letter dated September 23, 20202.

They are, thus, calling for a meeting with the management, production team, and host of the show as part of processes to initiate their return.

“The meeting will be held with the leadership of the party and its communication bureau will discuss and amicably resolve the issue of unfair paneling on the show,” portion of the statement read.

Meanwhile, the date for the meeting was not indicated in the statement.

Read the full statement below 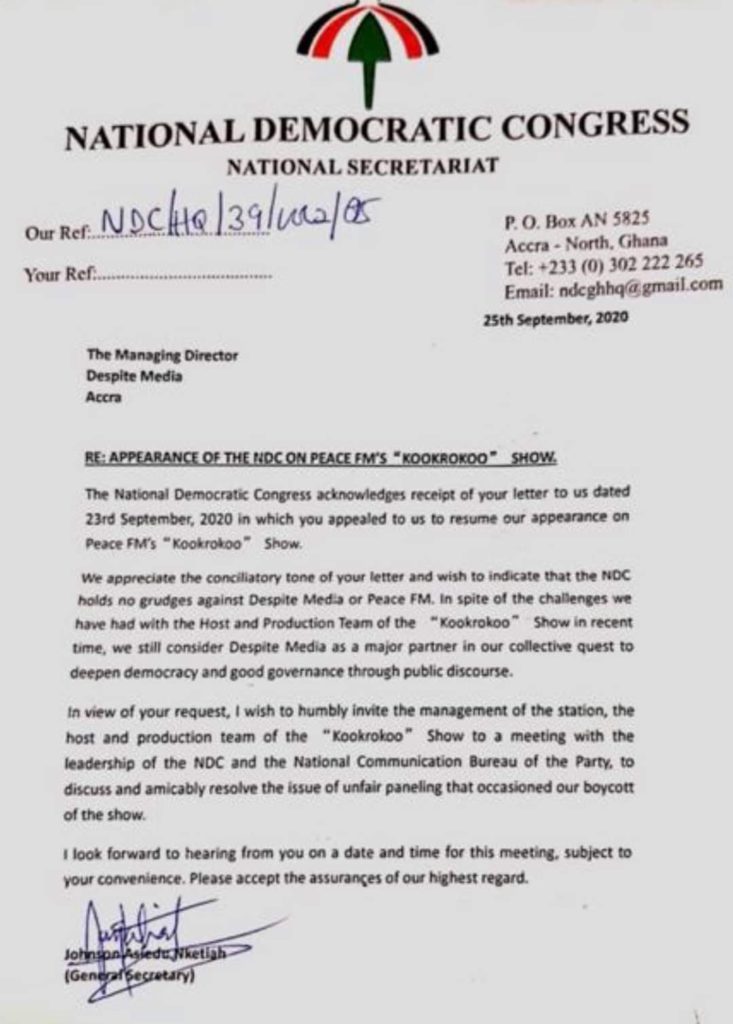