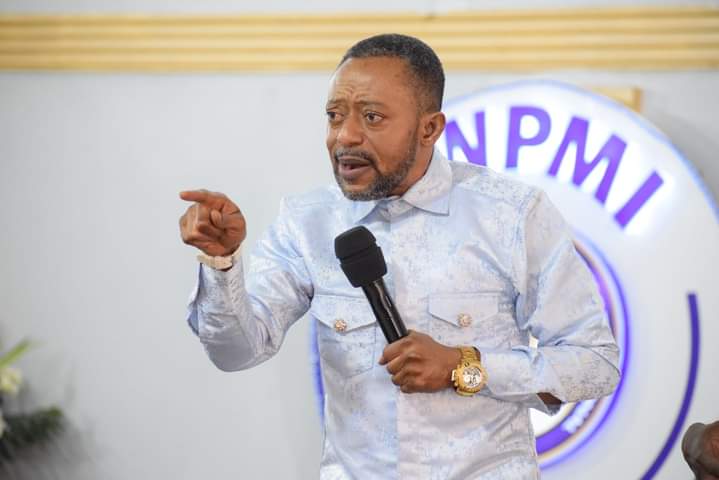 Reverend Isaac Owusu Bempah, Founder and Leader of the Glorious Word Power Ministries, has been remanded in police custody.

Rev. Bempah has been charged with threat of life for threatening to kill Nana Agraada as well as offensive conduct to the breach of peace, made his first appearance before the Accra Circuit Court on Monday, along with five other members of the church.

The other five were also refused bail.

Owusu Bempah and his co accused church members were taken to court amidst a heavily armed police escort.

Reverend Isaac Owusu-Bempah, according reliable sources was arrested by the Police Service.

The arrest of the controversial man of God comes on the back of him and his men storming the residence of converted fetish priestess Agradaa.

In a video that has since gone viral, the self-acclaimed ‘Nation’s Prophet’ indicated that he and his boys stormed the house of Agradaa who could not come out of her room.

Per information, Owusu Bempah and his men went to the converted fetish priestess’ home after she dared him to come near her for a lesson.