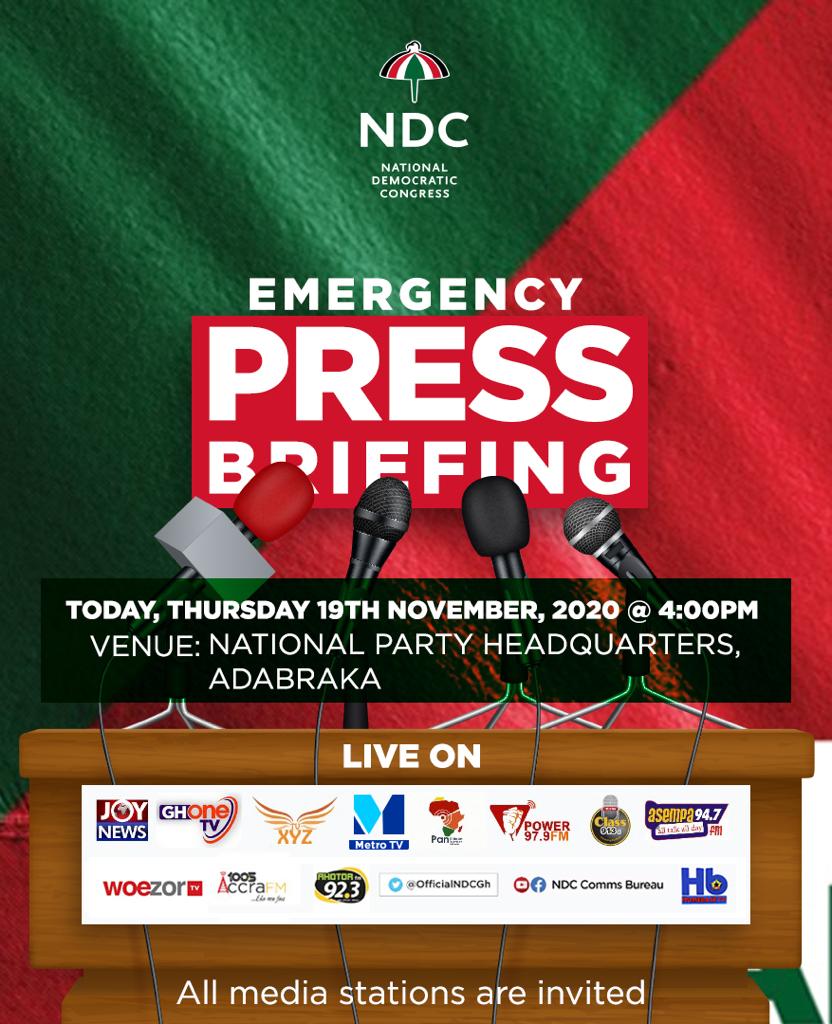 The event is expected to come off at NDC’s Party Headquarters, Adabraka and it will be broadcasted on major Television channels.

The Press Briefing comes on the wake of the resignation of the Special Prosecutor, Martin Alamisi Burnes Kaiser Amidu who according to him, the President has not safeguard the independence of his office.

This has generated into a national debate which both the New Patriotic Party(NPP) and the National Democratic CONGRESS(NDC) are taking sides on the matter.

Mr Amidu charged the president to find a suitable replacement for him.

Mr Amidu was nominated by President Nana Addo Dankwa Akufo-Addo as Special Prosecutor on January 11, 2018, and was subsequently approved by Parliament.