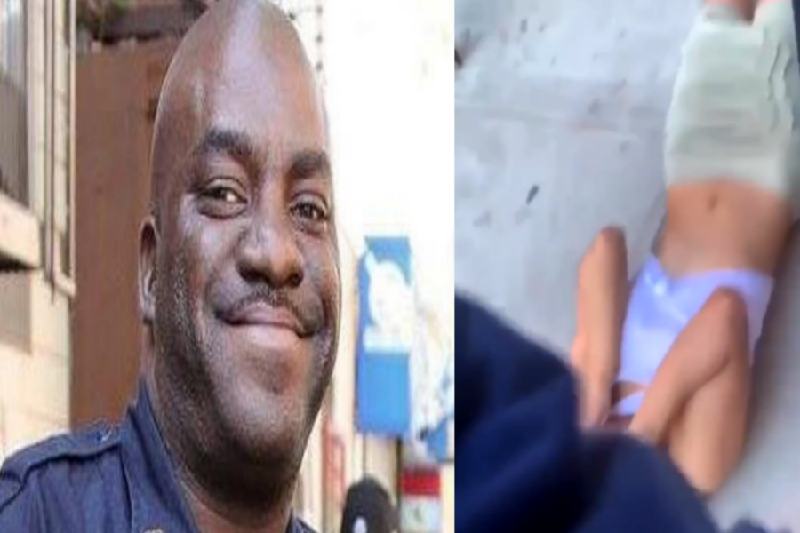 A shocking video of a woman being punched by a police officer she had shoved has prompted the troubled New York police department (NYPD) to launch an investigation. The woman was then knocked to the ground and struck in the head on a Harlem sidewalk as she fell.

Police claimed they were on West 136th St. near Adam Clayton Powell Boulevard when the incident was caught on a cell phone camera. They were allegedly there to make an attempted murder arrest.

Police reported that at least three individuals who attempted to interfere were also detained.

When Tamani Crum, 19, is seen approaching the policemen and pushing one of them, the footage appears to show a number of police officers leading the suspect away down the sidewalk.

The footage indicated that the detective struck Crum’s head with a right hook right away in response, sending her tumbling backward. Her head struck the sidewalk as she slid to the ground.

Activists and her family were outraged by the occurrence and criticized the chief cop for touching the victim.

The NYPD immediately defended the cop, claiming James had a pistol and that the lady’s attempts to halt the arrest may have been fatal.

According to a statement from the NYPD, “a number of people who were present intervened by physically attacking various officers while police were making the arrest. A slight head injury was received by one officer.

Crum is the girlfriend of James who under arrest.

New York City’s mayor, Eric Adams, advised everyone to remain calm as investigation into the matter is underway.

He indicated ‘Everything right now is so chaotic. This is not just a show; there is more going on.’

‘James was on the police wanted list for a murder case. And he was carrying a loaded gun when arrested.

In connection with a homicide that occurred on August 12, James was immediately taken into custody.