Photo of the five main suspects in the murder of the Member of Parliament for Mfantseman Constituency, Ekow Quansah Hayford, has popped up.

Although details of the five suspects remain scanty, available information indicates that there is a manhunt for other suspects in connection with the crime.

Sources say the suspects were picked up by investigators from the Central Regional Police Command from their hideouts. Yesterday, we reported that two main suspects were arrested in Kumasi and after a thorough search on them, the mobile phone of the slain MP was found on them.

The Memeber of Parliament for Mfantseman Constituency, Ekow Quansah Hayford was killed by unknown gunmen on Friday October 9, 2020.

The Memeber of Parliament was returning from a campaign tour in the locality around 11:00pm where he was apprehended by the unknown assailants at Abeadze Duadzi in the Mankessim Municipality of the Central Region of Ghana and shot twice which led to his death.

PHOTO of the main suspects below; 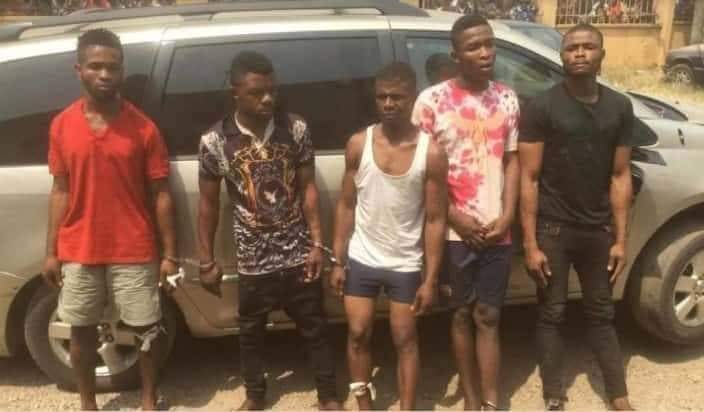