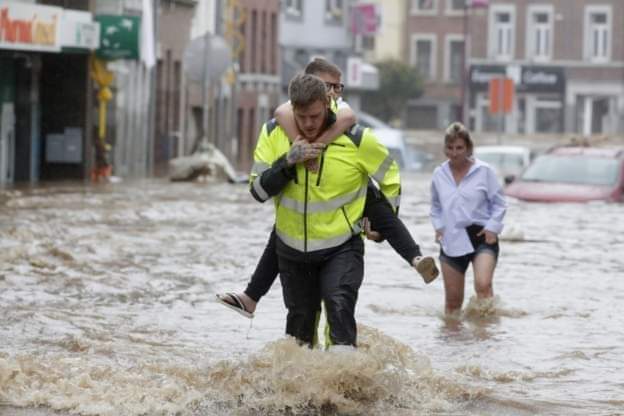 At least 42 people have died in western Germany and many more are missing following severe floods, police say.

The worst of the flooding has been in the states of Rhineland-Palatinate and North Rhine-Westphalia, where buildings and cars have been washed away.

At least six others have died in neighbouring Belgium, and the city of Liège has urged all residents to leave.

It follows record rainfall in parts of western Europe that have caused major rivers to burst their banks.

The Netherlands has also been badly hit, with flooding rivers damaging many houses in the southern province of Limburg. A number of care homes have also been evacuated.

Malu Dreyer, chief of Germany’s Rhineland-Palatinate state, described the flooding as a “catastrophe”.

“There are dead, missing and many people still in danger,” she said. “All of our emergency services are in action round the clock and risking their own lives.”

Chancellor Angela Merkel, who is in the US ahead of a meeting with President Joe Biden, said she was “shocked by the disaster”.

At least 19 people died in the Ahrweiler district of Rhineland-Palatinate, after the Ahr river, which flows into the Rhine, burst its banks.

Police helicopters and hundreds of soldiers have been deployed to some areas to help stranded residents. Earlier, police said dozens of people were waiting on rooftops to be rescued.

Schools have been closed around the west of the country, while transport links have been severely disrupted.

About 25 houses are in danger of collapsing in the district of Schuld bei Adenau in the mountainous Eifel region, where a state of emergency has been declared, according to German broadcaster SWR.

It said some houses had been completely cut-off and could no longer be reached by boat.

Eight deaths were reported in the district of Euskirchen in North Rhine-Westphalia, while four people died in the Eifel region when their homes were swept away.

Residents in the region told AFP news agency they were stunned by the disaster.

“Nobody was expecting this – where did all this rain come from? It’s crazy,” Annemarie Mueller, a 65-year-old resident of Mayen, said. “It made such a loud noise and given how fast it came down we thought it would break the door down.”

Local teacher Ortrud Meyer, 36, said she had “never seen anything like this”.

“My father-in-law is almost 80, he’s from Mayen, and he says he’s never experienced anything like this,” she said.

Meanwhile, two firefighters died on Wednesday in North Rhine-Westphalia. One drowned, while the other reportedly collapsed following a rescue operation.

Belgium has also been hit by flash floods, and dramatic video showed cars being swept away along a street in the city of Verviers.

Residents of Liège, Belgium’s third-largest urban area after Brussels and Antwerp, have been ordered to evacuate. Those unable to leave should move to the upper floors of their buildings, local officials said.

The Meuse river which flows through the city is expected to rise by another 150 cm, despite being on the verge of overflowing already. Officials are also concerned that a dam bridge in the area may collapse and urged people to help each other.

“The crisis situation is exceptional and solidarity must prevail,” the local authority said in a statement.

Meanwhile, in the Belgian town of Pepinster, 10 houses collapsed after the River Vesdre burst its banks.

Rail services in the southern half of Belgium have been suspended because of the extreme weather.

Forecasts suggest more heavy rain is due in much of western Europe on Thursday and Friday.

Experts say that climate change is expected to increase the frequency of extreme weather events, but linking any single event to global warming is complicated.

Armin Laschet, the premier of North Rhine-Westphalia, blamed the extreme weather on global warming during a visit to a hard-hit area.

“We will be faced with such events over and over, and that means we need to speed up climate protection measures… because climate change isn’t confined to one state,” he said. 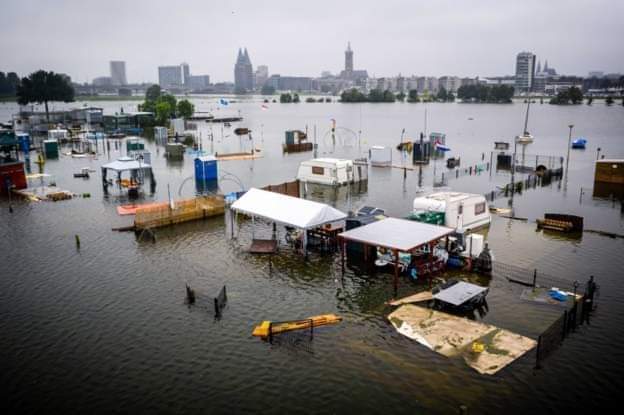 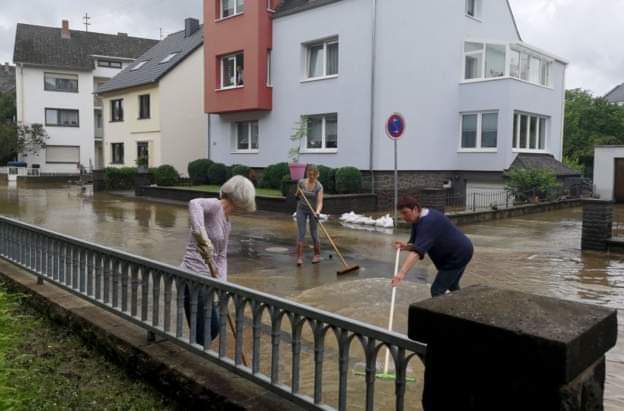 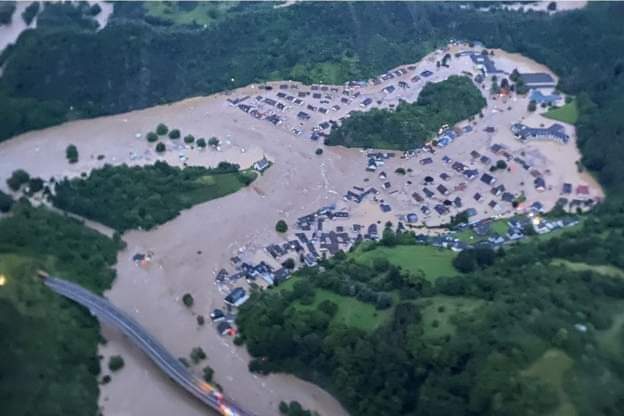 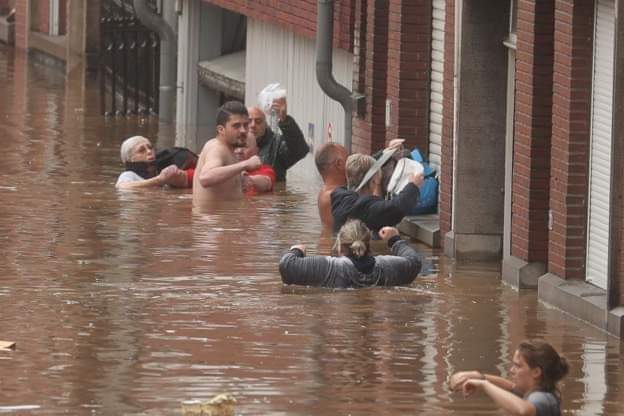 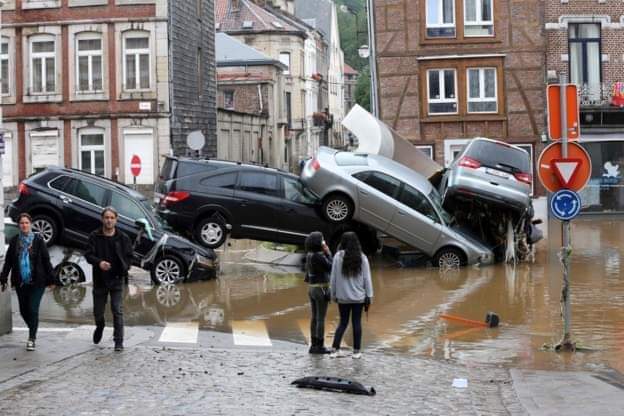 #UnrestSA: Zuma ‘understands the Constitution’, would call for calm if he had means – Ndabeni-Abrahams

VIDEO: Tricycle with no driver spotted moving in Volta Region