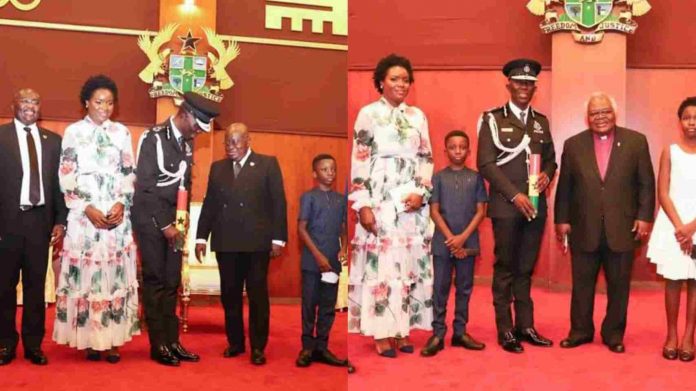 Public servants finds it very difficult to expose their families to the public domain. Most persons holding high positions in government and other agencies keep their families private for reasons best known to them.

IGP Dr. George Akuffo Dampare has moved through the ranks of the Ghana Police Service for many years. His leadership skills at every quarter he has headed have been described as excellent by colleagues.

However, his children and other family members have remained private. Information about them is minimal and only people who are close to him have access to them.

But it seems the public has gotten the opportunity to for once, see the children of IGP Dr. George Akuffo Dampare. The head of the Ghana Police Service is known to be having six children and a wife.

The beauty of it was when the President, Nana Addo Dankwa Akuffo Addo invited him for the confirmation as the substantive Inspector General of the Ghana Police Service after acting for about two months.

The historic nature of his confirmation as the youngest IGP in the history of Ghana did not permit him to witness the day alone.

His sons and daughter could be seen smartly dressed and were following their father in a beautiful picture that has since been posted on the official Facebook page of the Ghana Police Service.

The young men among them dressed in suits while the young lady had all white to signify victory. The last two among the boys who looked excited were clad in African-style dresses.

The love was massive as the three who are young among the children could be seen moving with their father closely as they enter the premises of the presidency in confidence.

This happens to be a good opportunity for the children to have a photograph with the president and other high profile persons on the country as well. This was an opportunity the children of the police head could not have missed.

This is a pure father and children moment and the memory can never be forgotten. 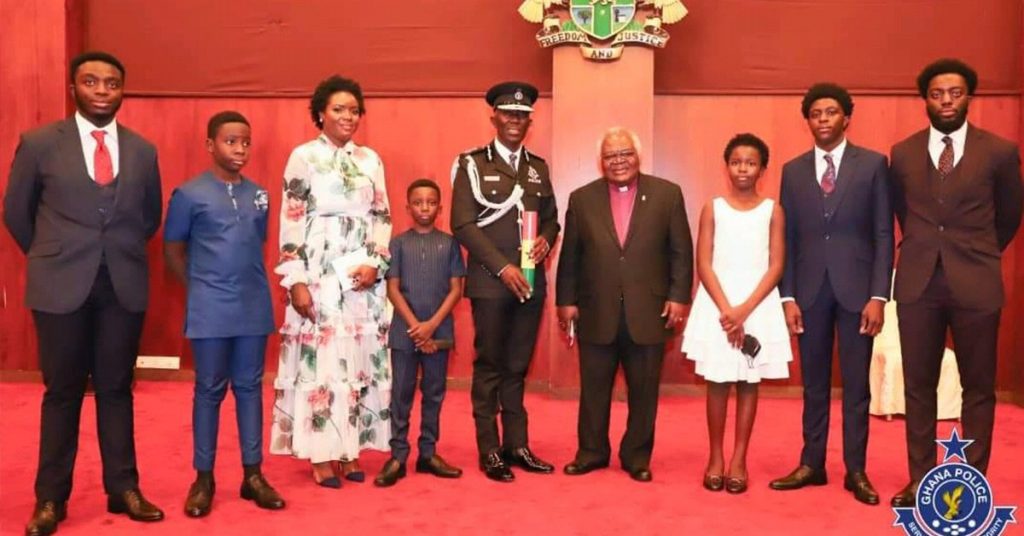 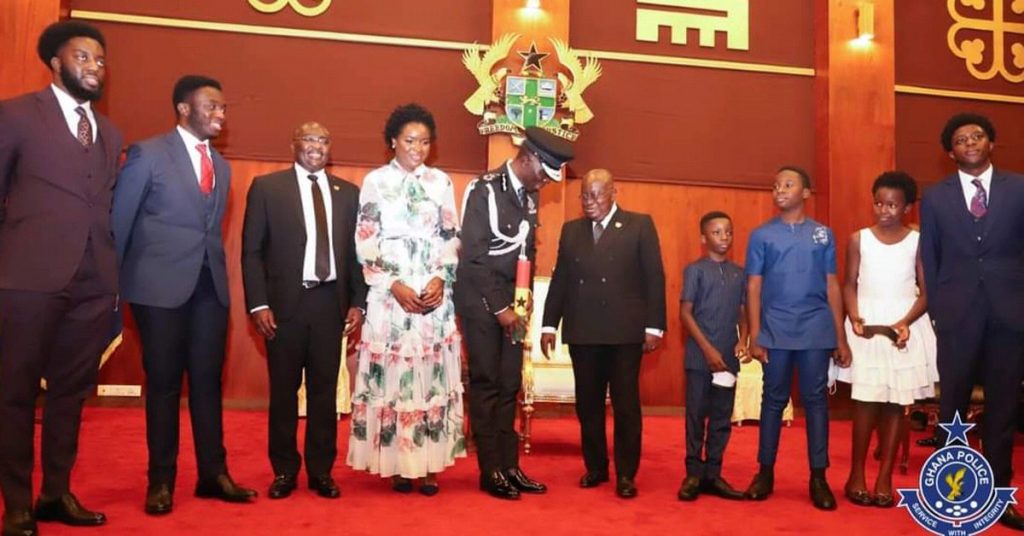 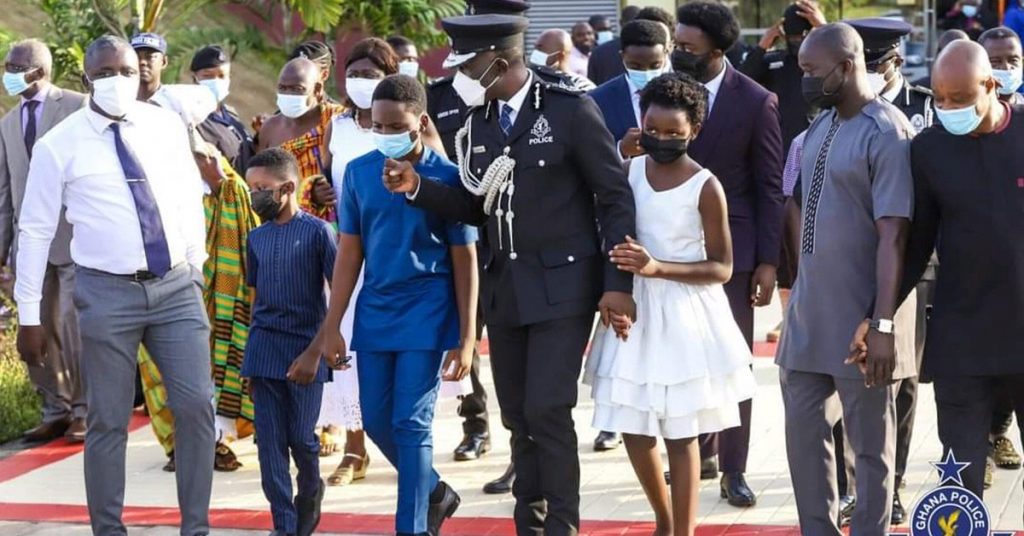