Ghanaian FIFA referee, Charles Bulu became unconscious while he was officiating the African Cup of Nations qualifier between Côte d’Ivoire and Ethiopia.

It is believed the referee was really tired which made him collapse on the field while the match was still ongoing.

The referee fell to the ground in the 80th minute of the game when Côte d’Ivoire has scored her opponent 3 – 1 but regained consciousness after a while when he subjected to medical attention.

Since he could not continue officiating, he was led off the park and replaced with Kouassi Biro from Ivory Coast.

This led to several protests by the Ethiopian team and led to an 11-minute hold up before one of the assistant referees was then brought in to officiate the remainder of the match.

The game ended 3-1 but Ethiopia still booked their place at next year’s AFCON after Madagascar failed to beat bottom of the table Niger in the group’s other game. A win for Madagascar would have put them through at the expense of Ethiopia but the game ended goalless in Antananarivo. 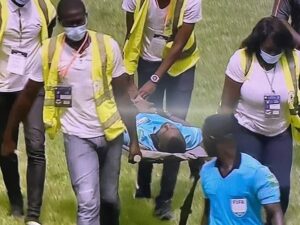 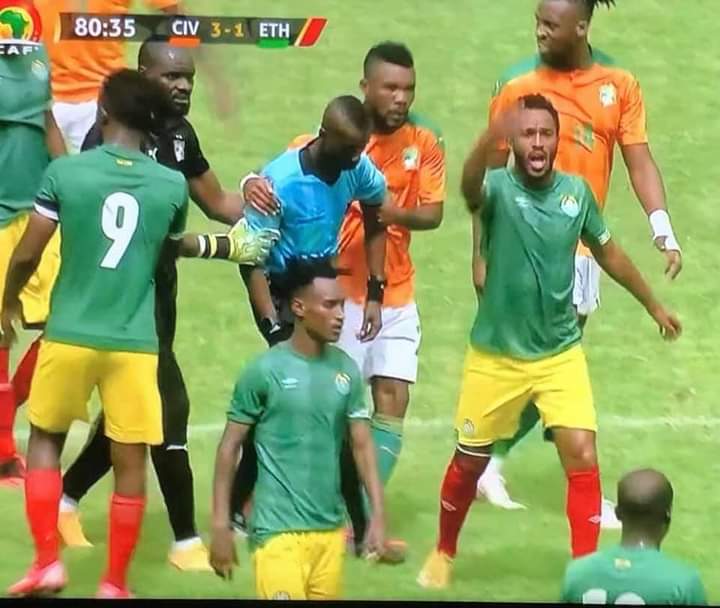 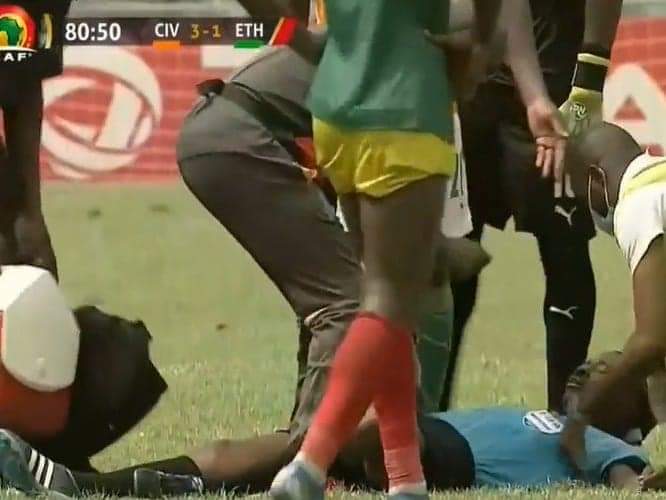