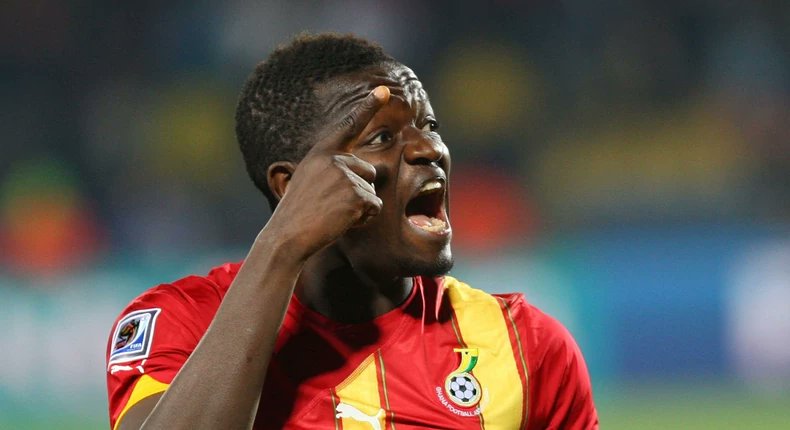 The former Ghanaian International has disclosed to the media that some Ghanaian players were on Tik Tok while the team was busily preparing for a World Cup match.

Ghana were booted out of the World Cup after picking up only one win and losing two in their three World Cup games. This is one of the poorest performances from the Ghana National team in a World Cup and ex-players, supporters and the media have been very critical of the conduct of some team members.

Former Inter Milan, AC Milan, Udinese and Portsmouth midfielder Sulley Muntari has opened up on some of the activities at the Black Stars camp that contributed to the underwhelming performance of the team.

According to the former Ghanaian International some players were always found on Tik Tok and other social media sites that diverted their attention from the match.

Speaking with 3sports, this is what he said;

“I won’t say it’s bad, but it’s the time… they can still do it but then it’s the preparation that you can direct them in the right way,” Muntari said.

“You can’t allow a little kid to be in the changing room using Tik Tok while you’re getting ready to go on the field and warm up and go play a really important game that maybe 30 million people are waiting to watch and their heart and hope is on you.”He added:

“You can do it in a way that you can do your TikTok after the game because then you instill that in his mind that whatever you do here goes with you.

“So by doing that, putting them in the right environment, you run when it’s 90 minutes, you can go do your Tiktok, party, chill but when it comes to playing you really have to dedicate yourself in there.”

Muntari who has featured in the World Cup for three consecutive times for the Black Stars (2006,2010 and 2014) is experienced enough to know the kind of things that do not help a player to do well at the highest level.

The Ghana National team has never returned from a competition without problems since 2014.

This brought a total embarrassment to the country as the state had to transport millions of dollars in a private jet to Brazil just to appease the players but the team ended up exiting the competition with only one point. Ghana became a laughing stock globally and BBC even had to do a documentary on that.

Ghana failed to qualify to the 2018 World Cup but were able to defeat their West African rivals Nigeria on away goals rules after drawing 0-0 in Ghana and 1-1 in Abuja to secure a qualification to Qatar.

Even though most Ghanaians were uninspired with the team’s performance in their 2021 AFCON competition where they were also eliminated from the group stage and ended sacking the head coach Milovan Rajevac. But with the qualifications to the World Cup, most Ghanaians believed again with their new coach and former International Otto Addo. Otto Addo’s qualifications to the World Cup convinced lots of people in the country including the President of the Country that he can do the work regardless he has not managed any team before.

He was confirmed as the coach to lead the team to the World Cup. However, his inexperience might have played a bigger role in the underwhelming performance of the Black Stars at the World Cup.