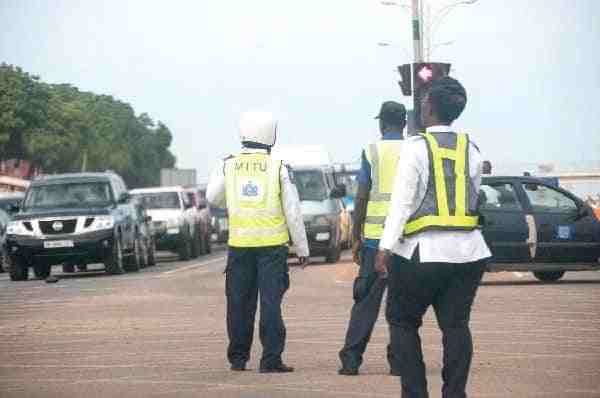 Officers from the Ocala Police Department in Florida, US, have been spotted in a viral video playing Santa Claus.

In a clip shared by Ayo Ojeniyi, an officer stopped a female motorist and said that he will be blessing her with $100 (N41,016) bill. When the woman heard it, she asked if he was serious.

After giving her the money, the woman who could not really believe what just happened screamed:

Another part of the video showed the moment a different officer stopped a motorist at night. He asked if the person had ever had good police encounters. Afterwards, he handed the person another $100 (N41,016).

Read also: How IGP Dampare rushed to save a woman who fainted at airport (WATCH)

They did this severally in the clip. At a moment, a policeman approached some women at a place that looked like a park.

When he gave them the same amount, they initially thought he was joking. While the police were busy spreading love a few days to Christmas, their bodycams captured everything.

Meanwhile, Inspector-General of the Ghana Police Service, Dr George Akuffo Dampare is really a good man and has a clean heart for everyone  as he was seen in a video giving a helping hand to a dying woman at the airport.

The Inspector General of Police saved a woman who fell to the ground unconscious at the Kotoka International Airport car park.

The IGP in the company of some people, heard cries for help after the said woman fell.

And so the IGP together with his men rushed and gave a helping hand to the woman.