President Akufo-Addo has responded to the Former Special Prosecutor, Martin Amidu, who resigned due to the inference of the President in his work.

President Akufo-Addo in a 9-page letter dated November 17, 2020, addressed to Mr Amidu and written by the Secretary to the President, Nana Bediatuo Asante debunked the allegation of interference and other matters raised in Mr Amidu’s resignation letter.

The President noted that even before he had been given the opportunity to react to the contents of the 4-page letter by Mr Amidu, “it had been put into the public domain prior to receipt by the President.”

“I am directed by the President to respond to correct the errors of the fact contained in your letter in order to provide a complete public record of the issues,” the letter by the Secretary to the President stated. 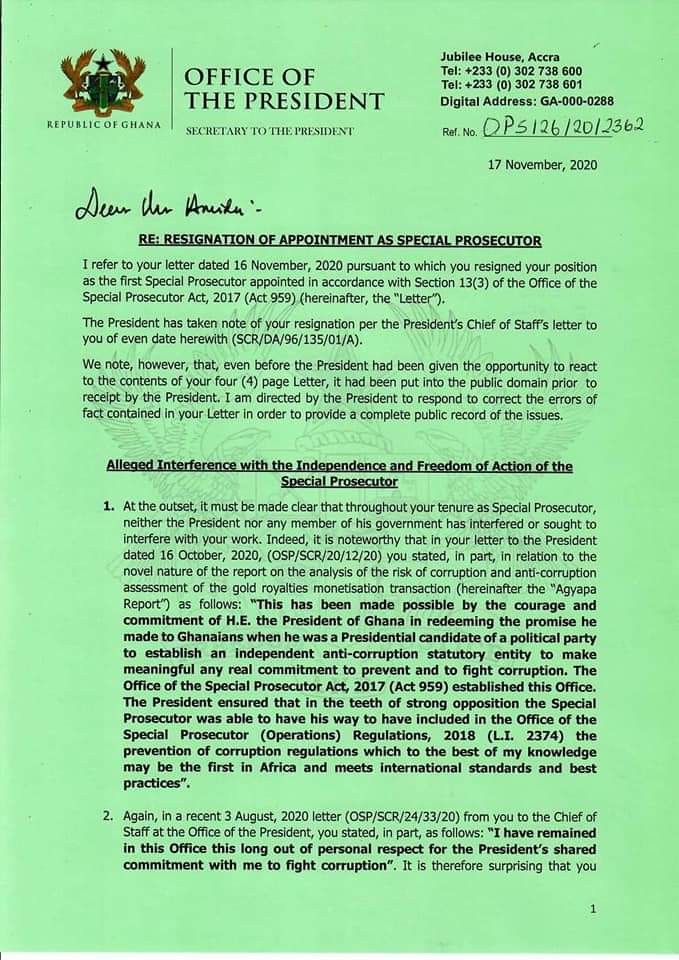 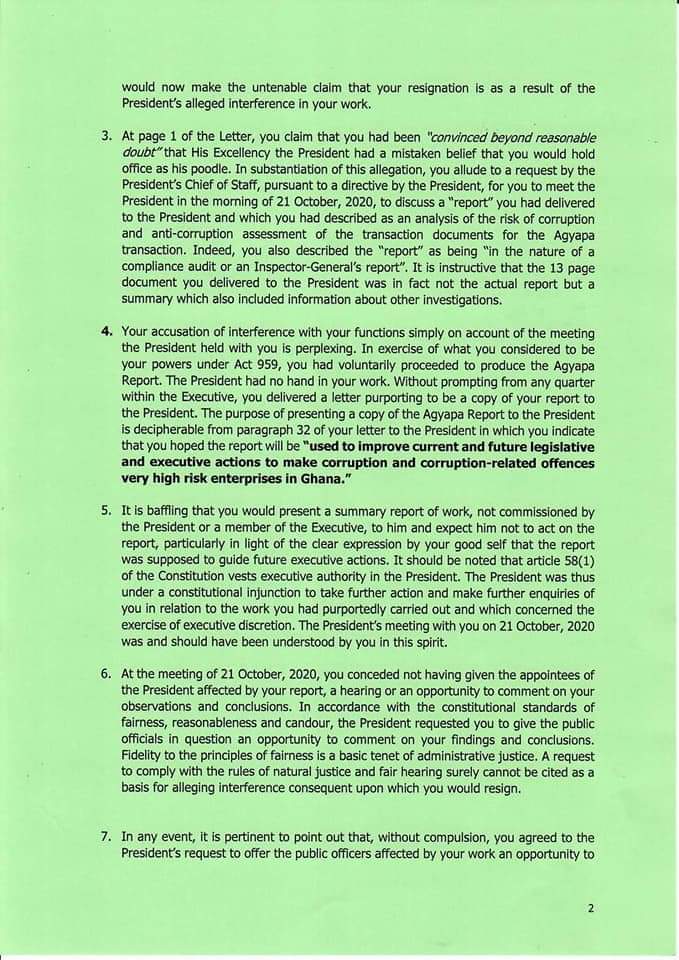 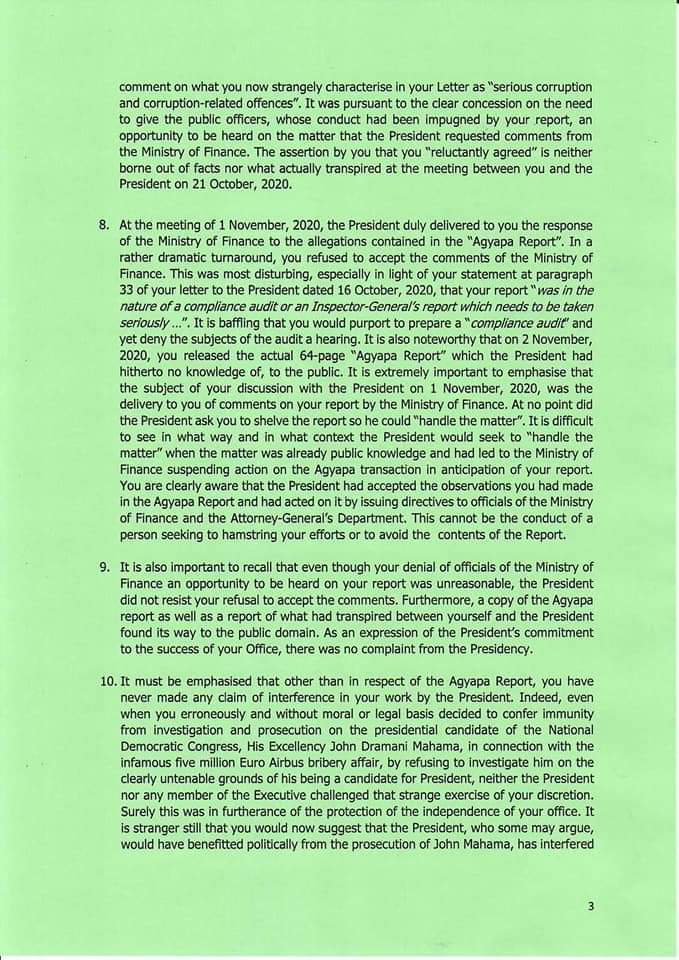 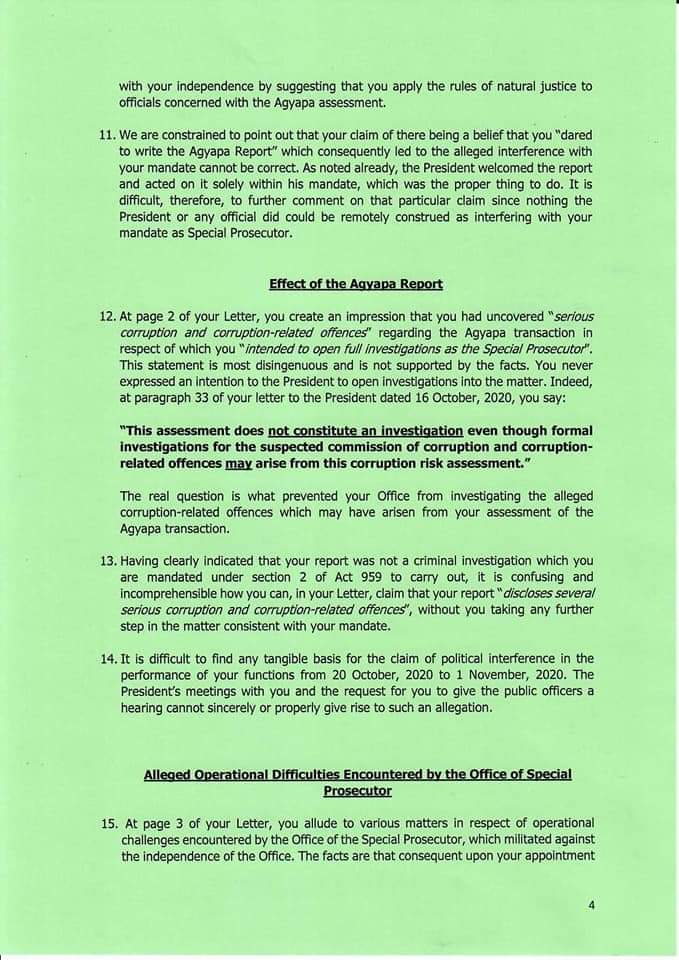 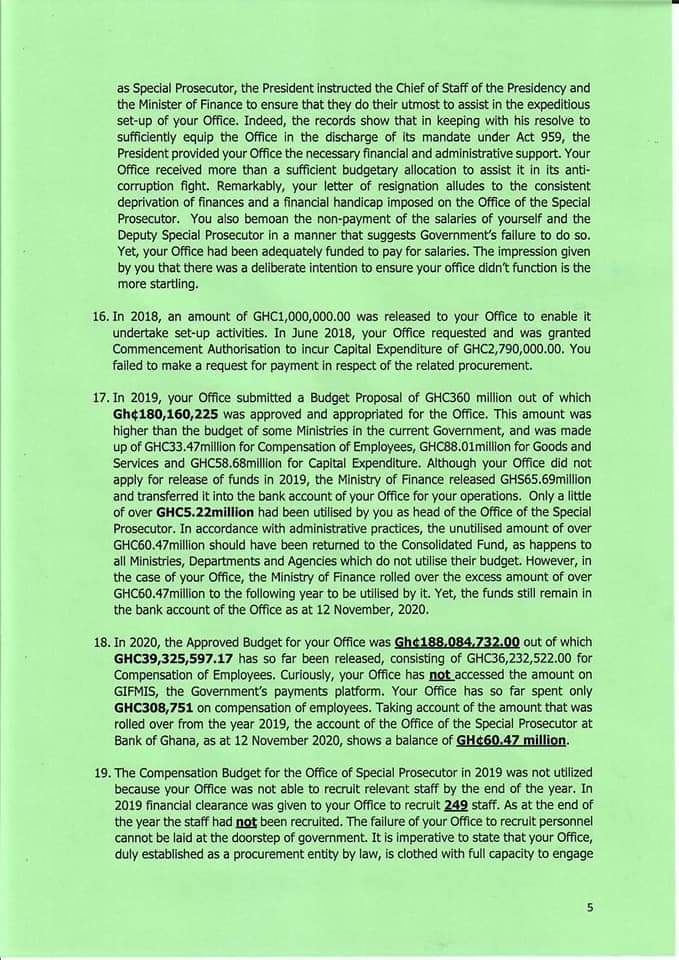 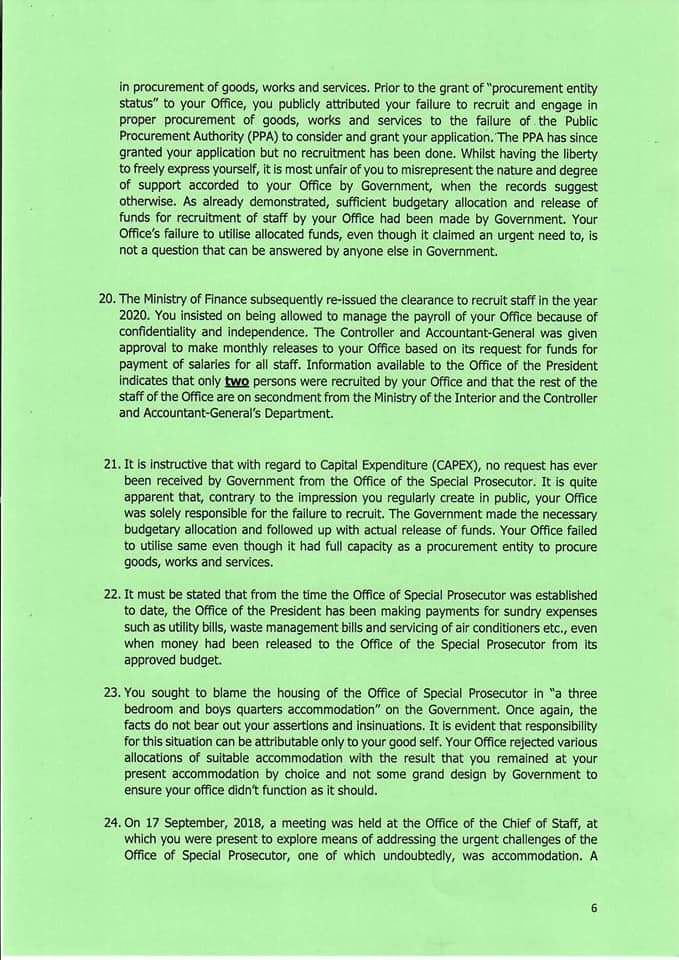 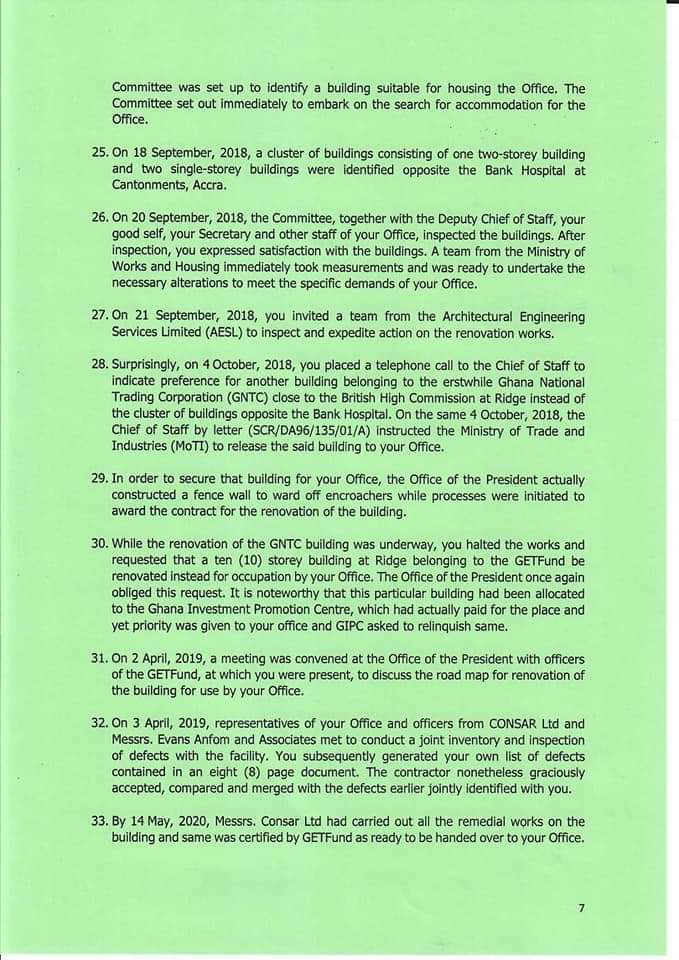 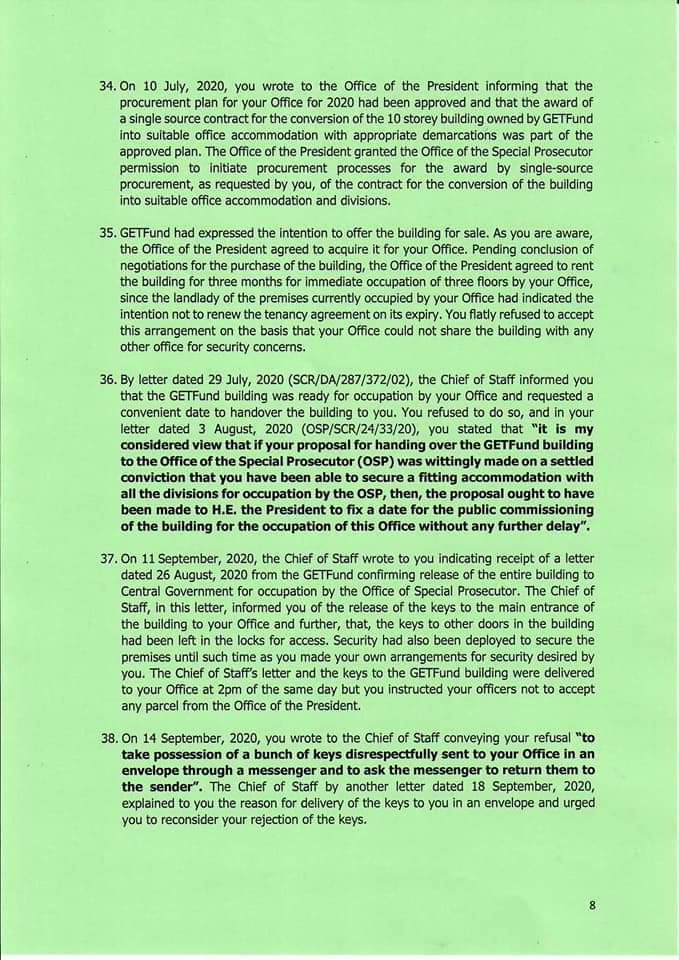 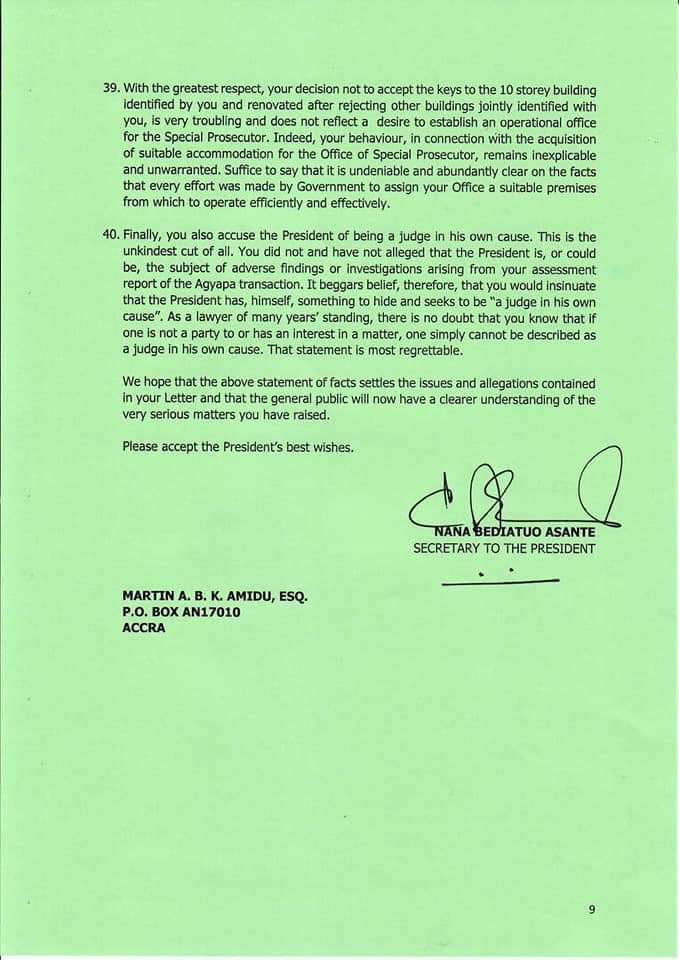