Rapper PnB Rock from Philadelphia was murdered at Roscoe’s Chicken & Waffles after his whereabouts was mentioned in an Instagram photo. The incident happened on Monday afternoon at  South Los Angeles, the police confirms.

Police discovered PnB with gunshot wounds; after 45 minutes, he was pronounced dead. According to Cpt. Kelly Muniz of the Los Angeles Police Department, a shooting incident happened on Monday at 1:15 pm at Main Street and Manchester Avenue.

Rock’s real name was Rakim Allen, and he was assassinated in the restaurant where he was eating lunch with his girlfriend.

Kelly Muniz claimed that Rock and his girlfriend were approached by an armed suspect who demanded their possessions.

The unsuspecting victim exchanged words with the suspect who shot him several times. The suspect removed items from Rock after he fell to the ground and fled the scene to a waiting car outside which sped off.

Los Angeles law enforcement Department is examining CCTV footages to identify the perpetrator of the crime. Also, they are checking businesses around to see if the suspect left on foot or in a vehicle.

Investigators are verifying details on Monday evening, Muniz confirmed. She has refused to comment on the evidence found so far by investigators.

Tributes from other celebrities and his fans have flooded the internet. PnB Rock rose to fame with ‘Selfish’. Since then he has collaborated with other big stars including Ed Sheeran.

Rock was born in Philadelphia on December 9, 1991. At the age of 19, he revealed to Paper Magazine that Drake’s decade-defining song motivated him to start making music.

Offset has asked for prayers for Rock’s children and family.

Pray for pnb rock….the man got family and kids smh God be with the man‼️

The rapper’s death follows that of Pop Smoke who was killed in a Hollywood Hills burglary early this year.

Netizens have shared their opinion on the death of Rock stating that his location made it possible for his killers to track him. The latest incident has raised concerns about the safety of rappers in the States.

And according to DJ Akademiks, he spoke with the rapper a week ago during which time he disclosed an attempted robbery.

Wow.. this PNB Rock situation crazy.. i just did a interview with him a week ago where he detailed how someone tried to rob him in LA recently while he was out with his girlfriend and daughter. Now.. this.. smh. Pray for PNB Rock.

Nicki Minanj is not happy with how colleague rappers still post their location after the murder of Pop Smoke.

After Pop Smoke there’s no way we as rappers or our loved ones are still posting locations to our whereabouts. To show waffles & some fried chicken????! He was such a pleasure to work with. Condolences to his mom & family. This makes me feel so sick. Jesus. #SIP #PnbRock 🕊 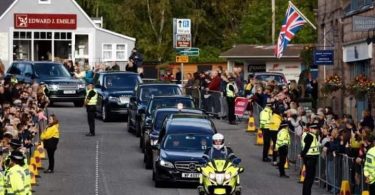