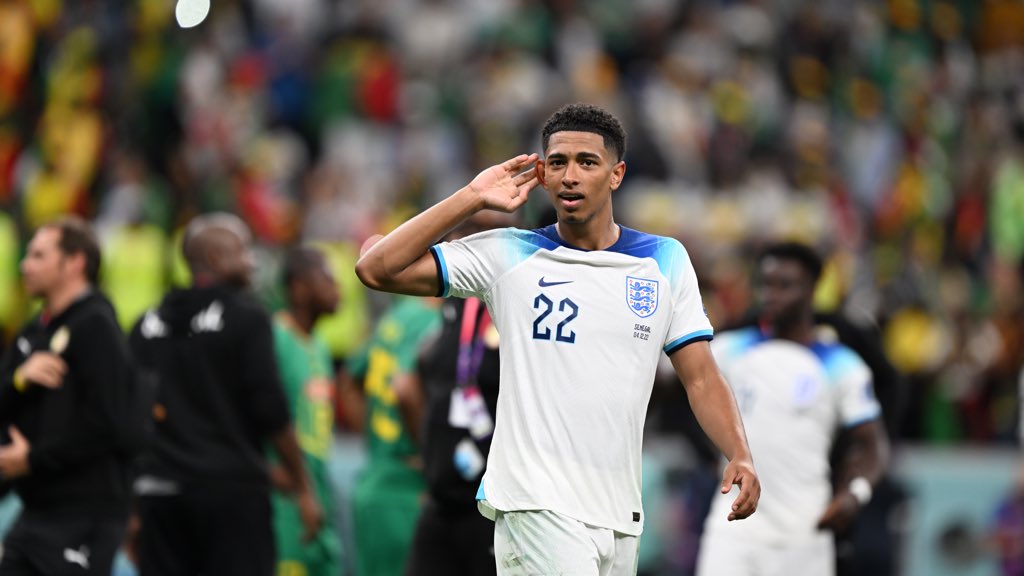 Several media reports from Spanish capital Madrid indicate that the Spanish champions are bracing themselves to go all out in the summer transfer window to sign Brazilian Wonderkid Endrick and England International Jude Bellingham.

The Los Blancos have always targeted the best young players in the world and it is not of any surprise that they are eager to bring Endrick and Bellingham to the Santiago Bernabeu next season. Endrick Felipe Moreira de Sousa (born 21 July, 2006), popularly referred to as Endrick, is a Brazilian footballer who plays as a striker for Campeonato Brasileiro Série A club Palmeiras. He is considered one of the best football prospects in the world.

Born in Brasília, Endrick started playing football at the age of four. His father, Douglas Sousa, published his son’s goals on YouTube and looked for interested parties among the big Brazilian clubs. Endrick vowed to become a professional footballer to help his family, after his father was unable to feed him. His father was unemployed before receiving a job as a cleaner by Palmeiras.

Regardless of his age, Endrick is seen as a great footballer who could follow the footsteps of Vinicius Júnior, Neymar, Raphinha and Gabriel Jesus and lit up the European scene. Jude Bellingham on the other hand is already making a great statement in the German Bundesliga and in the England National team. He has so far had a wonderful performance for his country at the World Cup. As a midfielder he has already contributed to two goals in the World Cup, scoring one and assisting the other.

Jude Victor William Bellingham was born on 29 June 2003 in Stourbridge, in the Metropolitan Borough of Dudley, West Midlands, the eldest son of Denise and Mark Bellingham. Mark is a sergeant in the West Midlands Police and was a prolific goalscorer in non-League football. Bellingham’s younger brother, Jobe, is a Birmingham City player. Bellingham attended Priory School in Edgbaston, Birmingham.

Bellingham joined Birmingham City as an under-8, after playing for Stourbridge. He played for their under-18 team at 14, and made his debut for their under-23 team at the age of 15, on 15 October 2018 away to Nottingham Forest’s U23s. Entering the game after an hour, he scored the only goal in the 87th minute “sliding in to force the ball over the goal line after pressure by Kyle McFarlane on the keeper diverted the ball into his path.” By March 2019, he had three goals from ten development squad appearances, had featured in FourFourTwo’s list of the “50 most exciting teenagers in English football”, and was mentioned as of interest to major European clubs. He was gradually introduced to the first-team environment while still a schoolboy.

Bellingham took up a two-year scholarship with Birmingham City to begin in July 2019. He was part of the first-team training camp in Portugal, played and scored in pre-season friendlies, and was given squad number 22 for the 2019–20 season. On 6 August, when he started the EFL Cup first round visit to Portsmouth, Bellingham became Birmingham City’s youngest ever first-team player. At 16 years, 38 days, he lowered the record set by Trevor Francis in 1970 by 101 days. He played for 80 minutes in the 3–0 defeat, and was the Birmingham Mail’s man of the match.

He made his first Football League appearance 19 days later, as a second-half substitute in a 3–0 defeat away to Swansea City, and his home debut on 31 August against Stoke City. Replacing the injured Jefferson Montero after half an hour, Bellingham scored the winner as Birmingham came back from 1–0 down to beat Stoke 2–1, and thus became their youngest ever goalscorer, aged 16 years and 63 days. He started the next match, away to Charlton Athletic two weeks later, and scored the only goal from Kerim Mrabti’s cutback.He was linked with moves to numerous major clubs in January 2020;[27] on deadline day, Birmingham were reported to have turned down a £20 million bid from Manchester United.Impressed by Dortmund’s record of including young players as regulars in the first team, as evidenced by the likes of Jadon Sancho, that became his destination of choice. He flew to Germany for a medical, and the transfer was confirmed on 20 July 2020: he would join after Birmingham’s last match of the season.

The undisclosed fee was understood to be an initial £25 million – making him the most expensive 17-year-old in history.

His overall performance in the Bundesliga and at the World Cup has been very exciting and a number of teams have already expressed interest in signing him in the summer. Liverpool and Real Madrid are the clubs leading the race to sign the England youngster.