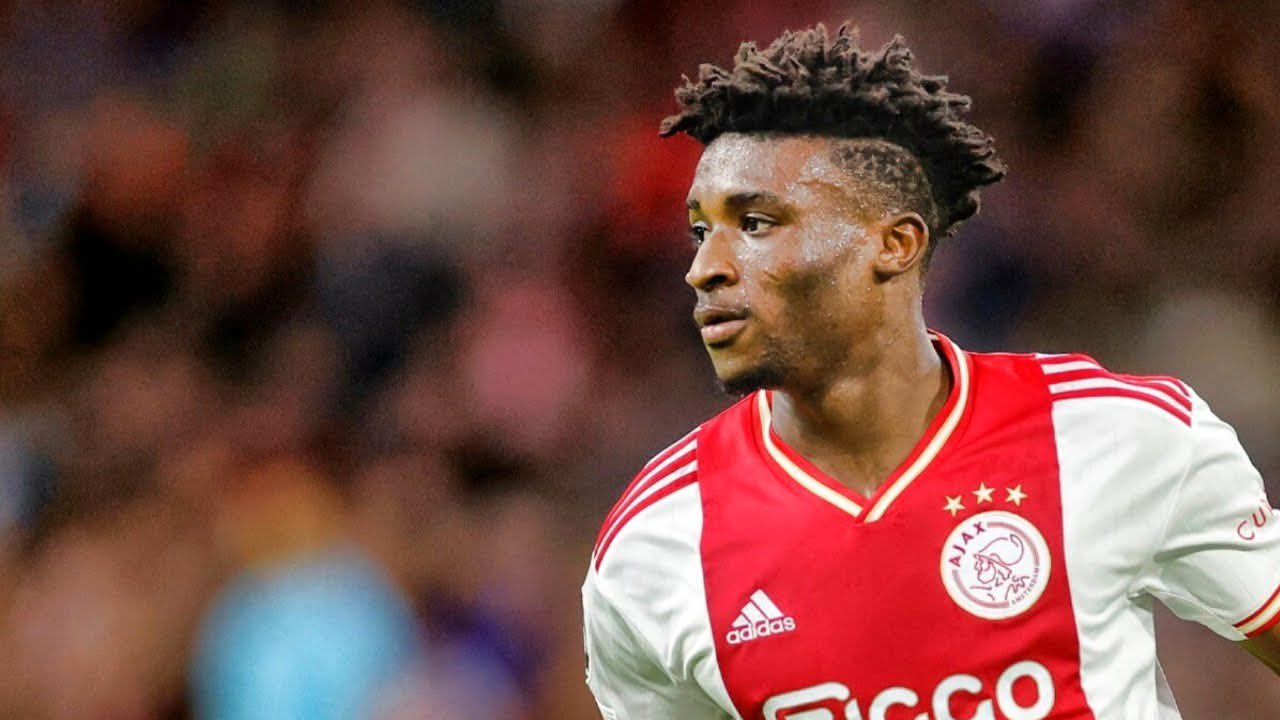 The young Ghanaian attacker has become a transfer target for a number of clubs in Europe and reports emerging from The Netherlands today say Manchester United are planning to sign the player in June.

Manchester United are reportedly to have held a secret meeting with the player’s representatives exploring any means possible to bring the 22-year-old attacker to Old Trafford. Kudus Mohammed has not gotten the attention and the necessary recognition after the exit of Erik ten Hag and was very keen to move away from the club last summer when Everton came calling.

Even though the club insisted that he would not be sold, new coach Alfred Schreuder hardly played him and more so in his natural position. Kudus joined Ajax from FC Nordsjælland in 2020 after an impressive round of performance at the club. Reports at that time indicated that he was on his way to Liverpool to join the Anfield club but that suddenly changed when Erik ten Hag told Ajax to get him.

Kudus Mohammed is currently a key member of the Ghana National team Black Stars and he put up a mouth-watering performance in the 2022 FIFA World Cup in Qatar. Since 2019, he has been a part of the Ghana national team and scored several goals. His biggest moment came in the 2022 FIFA World Cup match against South Korea, where he scored 2 goals, cementing a 3–2 win over the opposing team. He also provided an assist in Ghana’s first game against Portugal which led to the equalizer but Ghana lost 3-2 after he was substituted. He was arguably the best player for Ghana in the World Cup.

Several clubs have already inquired about him. Borussia Dortmund have been mentioned severally as a club who is more likely to get the player also with former national team coach being with the club. But all that could possibly change as it is every young player’s dream to play at Old Trafford and for arguably the most successful club in the UK.

Already in the summer, Manchester United recruited two of Ajax’s best performers in Lisandro Martínez and Antony. Erik ten Hag may not hesitate when the opportunity arrives for him to bring another product of Ajax to his new club. Manchester United have insisted that they are looking for players, more particularly strikers, in this January transfer window to beef up their squad after the exit of their Portuguese icon Cristiano Ronaldo. Lots of players have been identified which include former player and Dutch international Memphis Depay and Olivier Giroud who currently plies his trade at AC Milan. The signing of any of these players would not hinder the club from signing Kudus in the summer.

Notwithstanding, some pundits are already raising a concern over the role the player might play at United. Some think he is more favored in the no. 10 role but given the trust Erik ten Hag has for Bruno Fernandes, it would be unlikely for Kudus to play in his favorable position. Others also believe he would not get enough playing time in a club like Manchester United who are results oriented and are impatient for players who are learning on the job.

But given the ability of the player and being taunted as the next ‘Pelé’ for Ghana, he would do everything possible to succeed at any club. Alfred Schreuder often plays him as a striker and he has excelled in that position scoring goals against Liverpool and Rangers in the champions league all from the striking position. In the Eredivisie too, whenever he has played in that role he adapted very well to ensure his overall performance helps his team to victory.