Member of Parliament for Ningo-Prampram, Sam Nartey George has sent a strong message to management of Accra-based Peace FM.

This comes after his interview with Larry Madowo on CNN on the Legalization of the Anti-LGBTQ bill.

During the interview, the legislator descended on the reporter for comments he made making him look like a person who was spreading hate and not love by sponsoring the LGBTQ bill. Sam George was obviously not in a position to change his mind about the decision he has made.

According to the legislator,  the act is evil and goes against the social fibre of the Ghanaian society and his constituents who voted for him are against it.

After the interview, the honorable MP made headlines on social media with a section of Ghanaians applauding him for intelligent submission.

However, the online platform of the media station reported that the legislator has been bashed. According to them, the member was defeated during the argument. 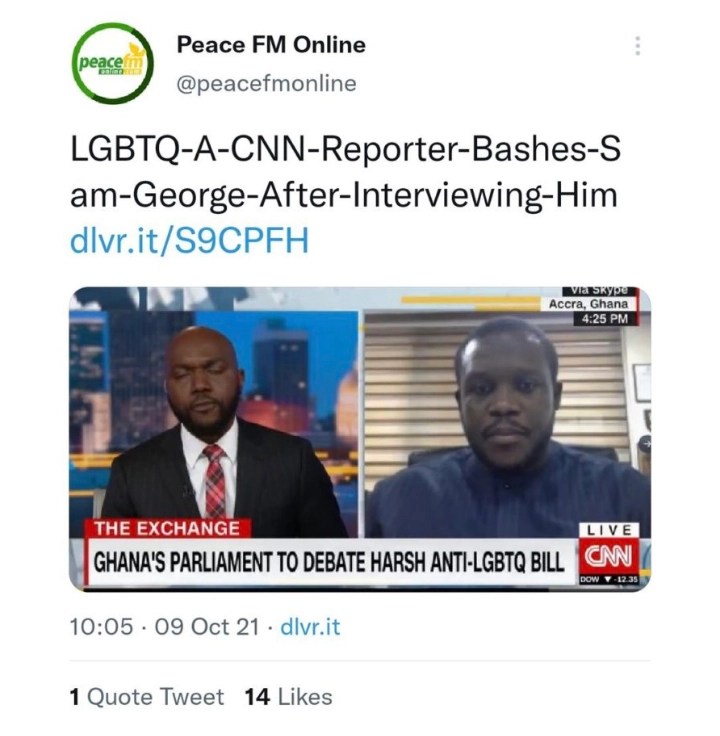 The MP reacting to their headline told the media house to get an interpreter if they can’t decode the messages in English Language and have a clear understanding.

“dear @peacefmonline, the interview was conducted in English. You should have gotten a professional interpreter to help you understand the interview. Cheers. 🦁” 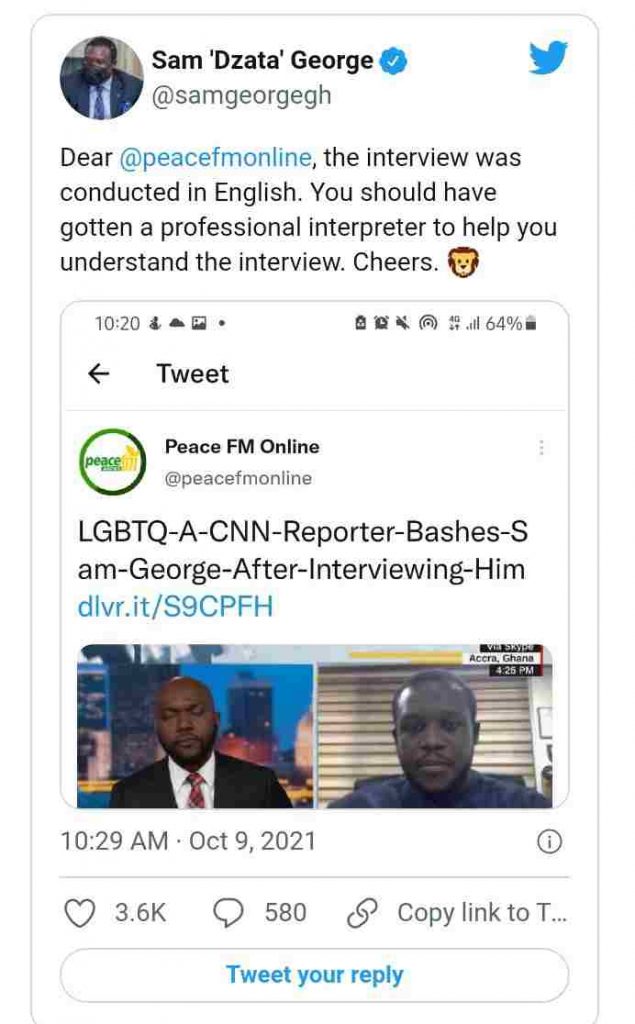