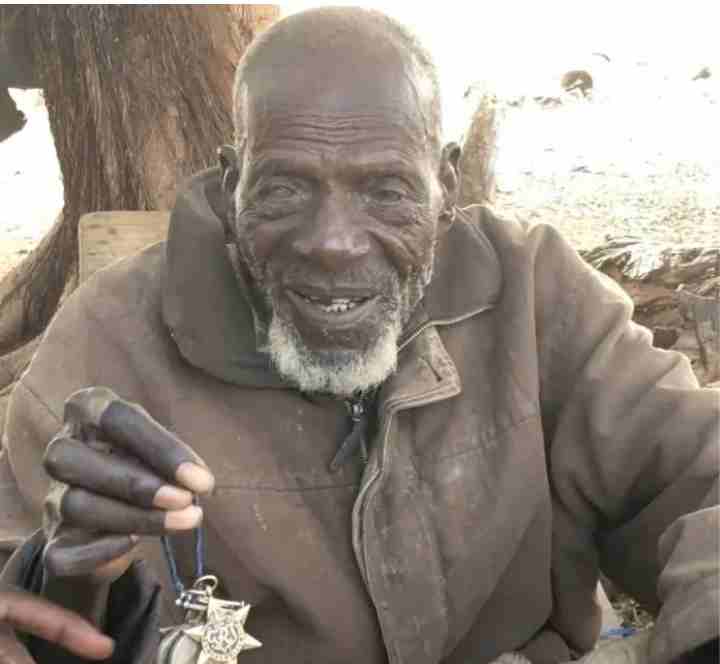 Somewhere in the world, men of his calibre are celebrated, honoured and read about – unfortunately, in our part of the world, that’s usually not the case. Naoh Mwanbil, born on 1st September 1901 and raised in the tiny village of Buugu in the Talensi district of Bolgatanga in the Upper East Region of Ghana, found himself at a time where war and the thirst for conquering others was the pride of men’s and nations’ souls in every corner of the world.

Unlike contemporary route to joining the army, he was at the famous Tindongo market one evening, probably trying to sell fowls, when a group of British officials approached and seized him without his consent and took him away to be trained as a soldier. His physique and more manly appearance easily sold him out – for probably looking too fit than the average men at the market square that day. Or perhaps, these officials might have been scouting him in ways he least knew. From then, his name was changed from Naoh Mwanbil to Naoh Talensi – a sign of a representative from the entire district.

Now, imagine the agony on his parents’ face when the news later reached their ears that their beloved son has been captured by unknown men without his will. Perhaps, it was nothing surprising at the time – since tyranny threatened the world and strength and power was mainly determined by the muscles on one’s arms, the ability to forge and use weapons and the skill of a nation’s wealth. Despite these strange circumstances, he learnt to fight for the country that he loves and later represented Ghana in the Burma campaign, a series of battles fought in the British colony of Burma, present day Myanmar – a war that ended in 1941.

A little on this historic war:  The Burma campaign took place in the World War II where a Ghanaian regiment took part on the side of the British against the Japanese. During this war, the Gold Coast regiment raised nine battalions of which three took part in the East African campaign as the 24th (Gold Coast) Infantry Brigade in the 12th African Division under the overall command of Alan Cunningham, attacking Italian Somaliland from Kenya. After occupying Mogadishu, the troops advanced further into the Ethiopian lowlands (Ogaden). After the completion of this campaign, the Brigade returned to West Africa in December 1941, was restructured as the 2nd West African Infantry Brigade and deployed alongside the 5th West African Infantry Brigade (consisting of three other battalions of the Gold Coast Regiment) in the Burma Campaign.

In 1945, Naoh Talensi retired from the army and 12 years later our beloved country, Ghana, gained its Independence. That very Burma Campaign is now known to many as Burma camp, the military base in the capital city of Ghana, then known as the Gold Coast. Whenever we asked him “you and Dr. Kwame Nkrumah, who is older?” he often laughed because he claimed to be way older than the first president of Gold Coast, Ghana. He would later returned home to the village and people he was taken away from, but this time a little bit more enlightened than he was before. At such a fully ripped age, he got married to his first wife and started a family of his own. Interestingly, the military experience and exposure to the modern life other than that of Buugu rekindle in him a desire to prioritise education.

Several years later, when I was still a boy, he would mobilize the people of our village to build us our own two-classroom school made of Atakpame (local mud, sand and clay) because the government had failed to provide us one. “We can’t afford to wait for the government. It’s better for us to do something than fold our hands in idleness”, he thought. Well, thanks to his initiative, I was personally one of his pupil – he taught us military songs and shared with us his experiences. That’s all he could offer the children of Buugu since he could neither read nor write. That was our education. When he told us those days that at the army they could be under the sea for weeks and sometimes under holes, we (his pupils) wondered how possible that could be. We couldn’t fathom it. Our minds were too limited – for we had seen way too little to be able to comprehend that it was possible to live under the sea in a submarine. Nonetheless, he never ceased to share with us his stories which sounded like fairy tales.

Between 19th September 2018 and 5th January 2019, I returned home from Germany with a German friend and he re-told us his military stories but this time he showed us his laurels. He was the oldest and only veteran still alive in our country at age 117. For the first time, I could now understand him better because I had read books as well as watched movies on the world wars. “What a hero we have in our family that I never knew”, I said to myself in amazement. Of a truth, Naoh is very funny and full of strong convictions. He’s never fallen sick and always told us that the day he would be admitted in a hospital, that’s a sign that he’s just about to say goodbye to us. On 4th August 2021, he was admitted at the hospital and a month later, on the late night of 5th September 2021, at the age of 120, he kicked the bucket. Probably, none of us remembered his constant joke, that his presence in the hospital would be a sign of goodbye to us.

We will miss him, always – his children, grandchildren, great-grandchildren, myself and many more. He died a peaceful death, at an old age, by finally claiming he has converted to Christianity and after offering a piece of land to the Fountain Gate Chapel to build a church to propagate the good news. Not only that, Naoh Mwanbil has been a beacon of peace and unity, especially in the hardest of times in our district, regarding ownership of the land where gold is mined. “You’re all my children. Therefore, let’s not fight one another over who owns the land for the gold mines. Let our priority rather be, what we can do together so that these big companies extracting massive gold from us can help in developing our poor district.” His counsel and love for peace has helped prevent bloodshed. Once again, in his dying years, he initiated the building of a Community-based Health Planning and Services (CHPS-clinic) to provide at least first aid to the people of his village – once again a confirmation that we can’t always wait on the government for aid and that each and every one of us could be the change that we seek.

Naoh Mwanbil, see you one day in heaven, our dear hero.