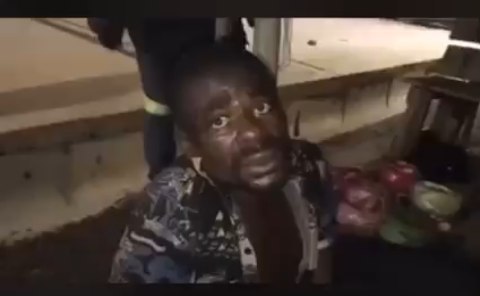 A funny video sighted by smartandstuck.com, shows a thief who was caught for stealing light cables and he was  beaten by an angry mob for the act.

The incident according to reports happened in Takoradi.

In the viral footage, the suspected thief was reluctant to laugh after he had received some serious beatings from the mob.

The mobs repeated that he should laugh and use the phrase ”stealing is so sweet’ of which the alleged thief complied to avoid more beatings .

There’s no way I can stop corruption but.. – Special Prosecutor nominee