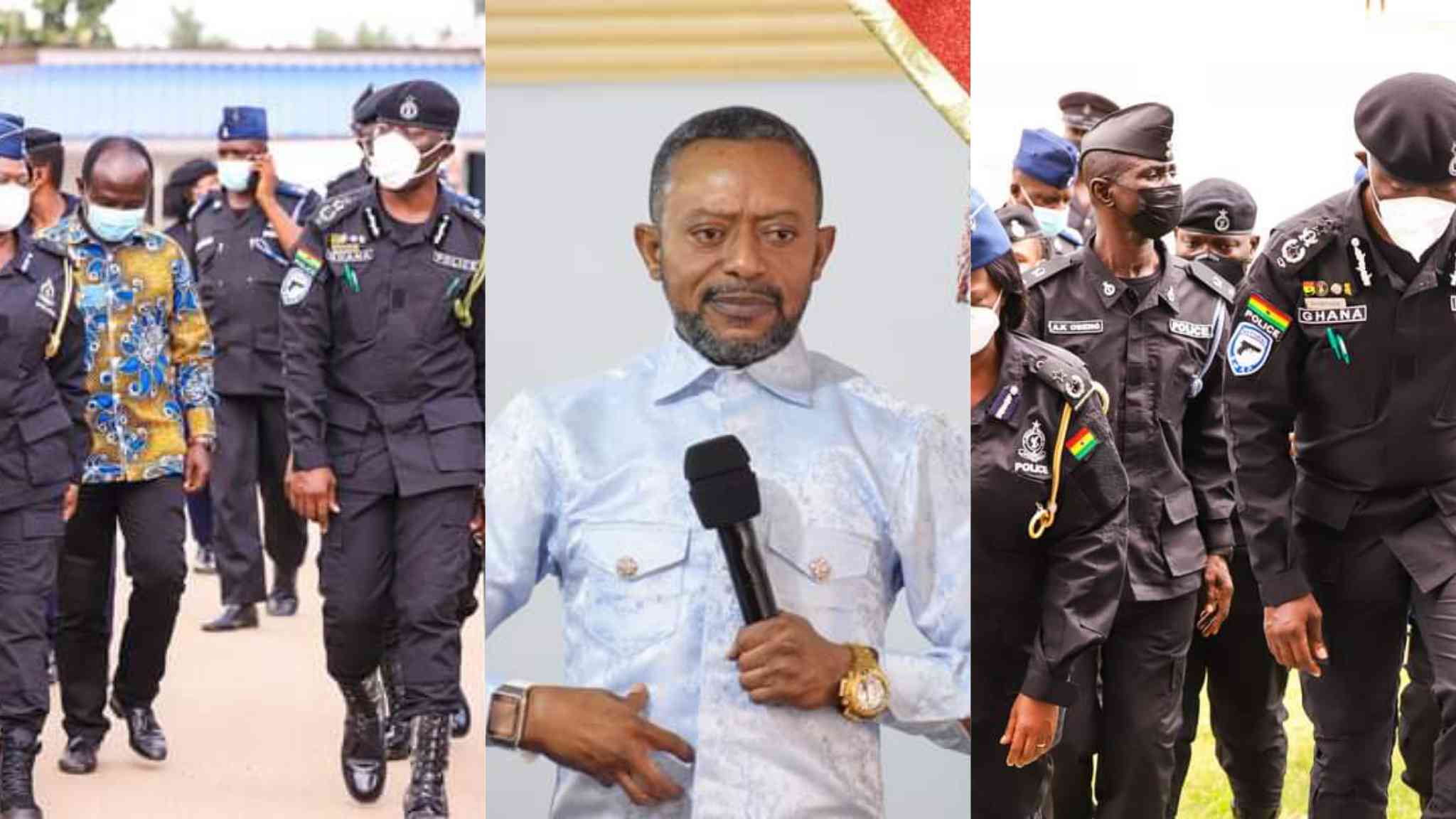 Reverend Isaac Owusu-Bempah of Glorious Word Power Ministries International has been arrested by the Police alongside three others.

The police arrested the controversial man of God after the former and some of his men attacked some personnel of the Police Service at his Church premise. The arrest was effected on Sunday September 12, 2021.

A statement from the Ghana Police Service signed and issued by the Director-General of Police Public Affairs, Assistant Commissioner of Police (ACP), Mr Kwesi Ofori explained they have since been detained for further investigations over the “creation and circulation of multiple videos containing threats, the brandishing of a weapon and the assault of some police personnel.”

Two other persons are currently on the run and the police are on the alert to arrest them.

“After critically analysing the said videos and based on intelligence gathered, the police embarked on an operation today Sunday, September 12, 2021, at the premises of the church to arrest the suspects.”

“During the operation, some members of the church, believed to have been under the direction of Rev Bempah assaulted some police officers.

Also the statement read that the injured police officers are receiving treatment at the hospital.

The suspects who are in the custody of the police will appear before court today.

“The police strongly cautions the public against any acts that will disturb the peace of the country.

“We wish to give the assurance that impartial investigations shall continue in this matter and the public will be duly updated,” it added.

Below is the statement; 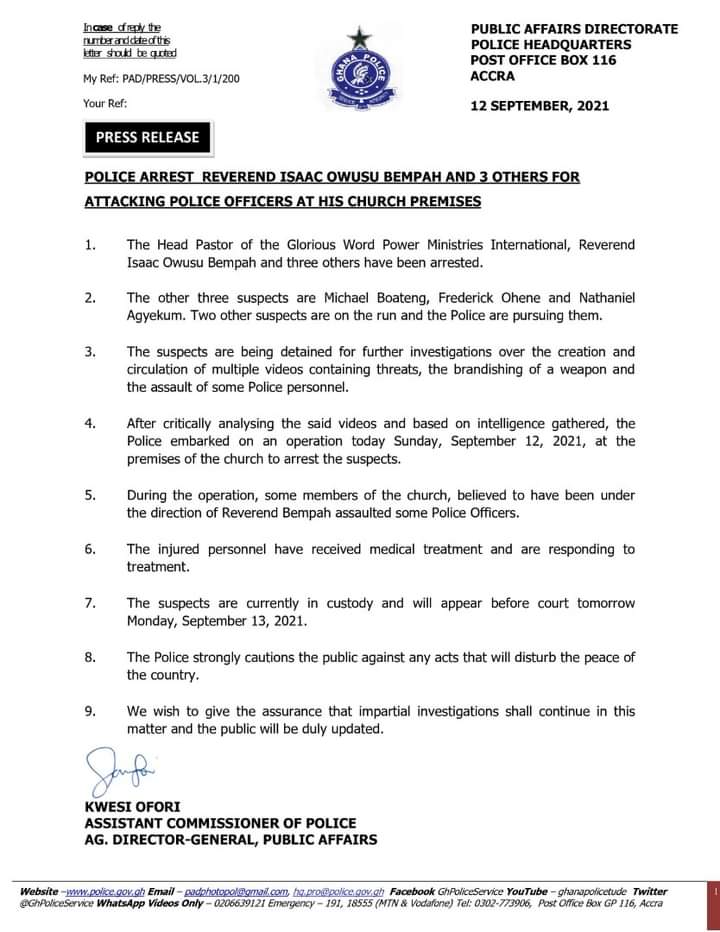