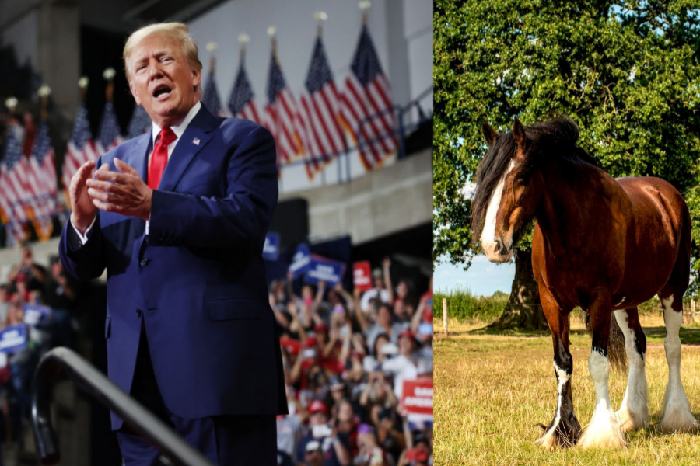 In a forthcoming book, former American president Donald Trump is mentioned for attempting to persuade his attorney to accept a horse as payment for legal bills.

Trump owed a lawyer at a white-shoe firm $2 million for an incident that happened in the 1990s, according to a section of the book “Servants of the Damned: Giant Law Firms, Donald Trump and the Corruption of Justice.”

Unannounced, the attorney arrived at Trump Tower to demand payment. According to the book, when the attorney unexpectedly appeared before Trump, the former Republican presidential candidate declared he would not pay the attorney’s costs but would instead provide him with something of greater value.

When the lawyer initially questioned Trump’s actions and requested clarification, he quickly gave him a horse named Stallion. Trump claimed the horse was worth $5 million in an effort to persuade the attorney.

The offer was rejected by the lawyer, who also threatened legal action if his money was not given him.

He was forced to cough up portion of the money, the book which  will be out later this month confirms.

Last week, New York Times reporter Maggie Haberman asserted that he was having difficulty securing legal counsel for various investigations because lawyers are concerned about not getting paid.

He allegedly even neglected to pay Rudy Giuliani for millions of dollars’ worth of work.