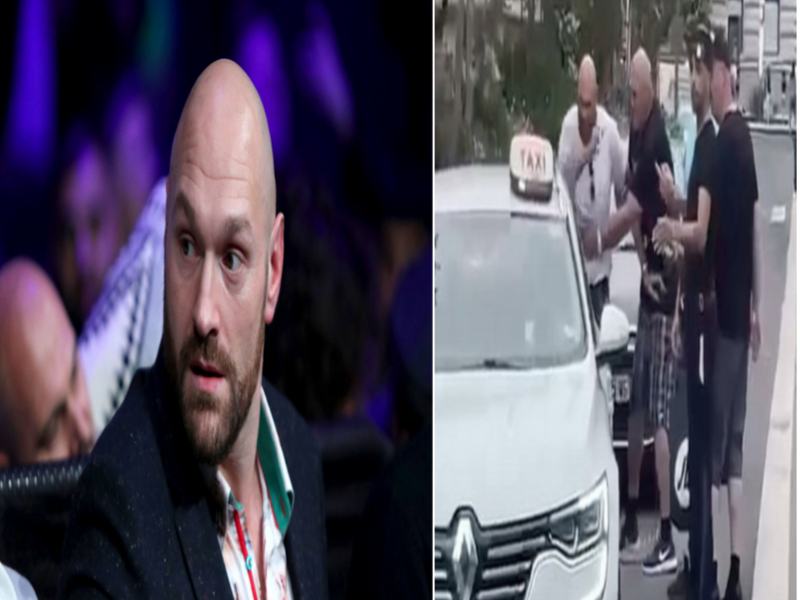 The world heavyweight champion, Tyson Fury has admitted he is a “proper idiot” after exchanges with a French taxi driver saw him kicking a cab.

He was celebrating with his family when he was refused to be smet home by a taxi driver on a drunken night out. Tyson Fury was seen being taken home by his dad but kicked the taxi in a footage that has gone viral.

Commenting on the incident, Fury said he is a “proper idiot” . “I’ve been enjoying my life, have a few beers, kick a couple of taxis, I’m sure we’ve all seen that,” he jokingly said. “I’ve enjoyed myself, I’ve been abroad and acted like a proper idiot abroad as we all do.”

“I’ve been back in Morecambe Bay and I’ve been to Miami doing things and stuff so I’m very happy, but I’m working every day to keep myself busy.”

“Every idiot Brit abroad with a few beers in them, that’s what we do. Who here has never been on holiday, got p***ed up and acted a real mug? Everyone I know done it. I’m not some programmed robot that gets told what to say and what to do. I’m as real as waking up in the morning, having your breakfast and putting your shoes on. There’s no scripted scenes here. I’m sure it won’t be the last time, it wasn’t the first time.”

Tyson Fury has been eying a possibility of a bout with big money involved. He said he has retired from the sporting activity but will accept an unsanctioned exhibition match.