According to UTV’s management decision to suspend the two programmes is as a result of legal threats against the company.

However, some members of the opposition National Democratic Congress is suspecting the government is behind the suspension of the programme following last week’s Sammy Gyamfi’s expose on the three daughters of President Akufo-Addo who have received a sponsorship amount of about GHc270,000 from the state own bank, Ghana Commercial Bank with their NGO – My Sisters Keeper Foundation registered just about six months into the Presidency of Nana Akufo-Addo.

Some Ghanaians are also of the view that the Moment of Truth Show is doing serious damage to the ruling NPP and government especially as the nation has just about 47days into the general elections.

Read the full statement below: 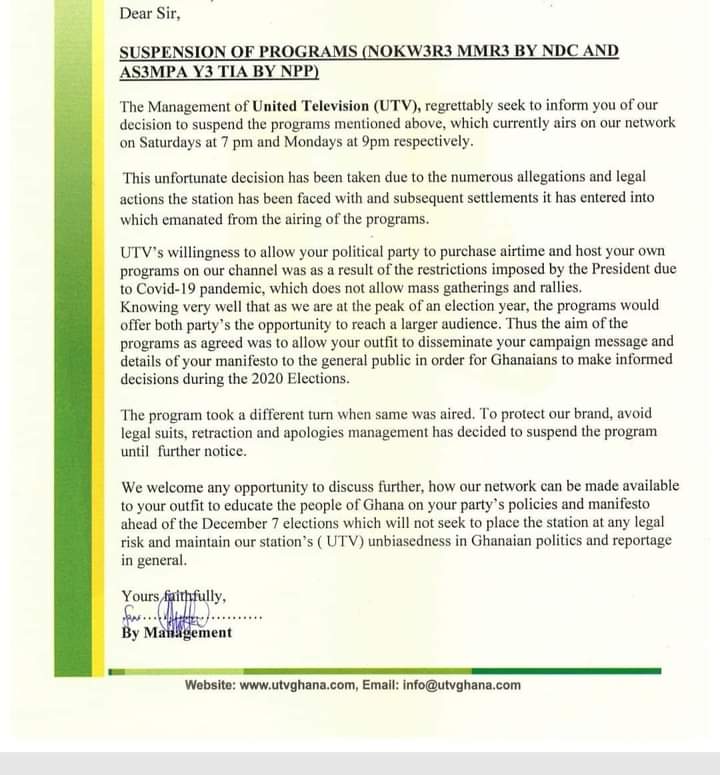 President Nana Addo Dankwa Akufo-Addo has ordered the arrest of a National Security Operative who assaulted a military some few days ago. In a video […]