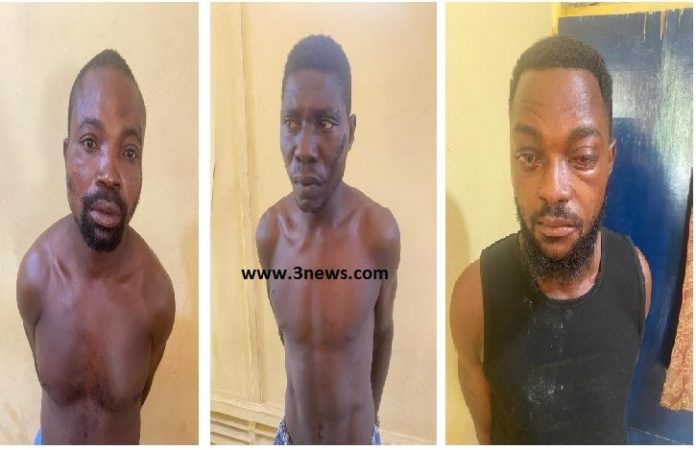 The Volta Regional Police Command of the Ghana Police Service has arrested three suspects for murdering a 30-year-old man and attempting to sell the lifeless body to a Fetish Priest.

Smartandstuck.com is reliably informed that the three suspects contacted a fetish priest at Agbozume that they had a dead body they are selling so he should assist them get a buyer.

The The police was informed and they feigned interest to buy the body at GH¢7,000.

The supposed buyer agreed to meet the suspects at Agavedzi near a lagoon to receive the dead body.

But upon seeing the police, the suspects abandoned the dead body and bolted.

They were, however, chased by the police, who arrested all of them at their various houses at Agavedzi, Agbozume and Adina.

The dead body, identified as that of Albert Anyinado, has been deposited at Ketu South Municipal Hospital morgue, awaiting autopsy.

The suspects are in custody assisting in investigations.