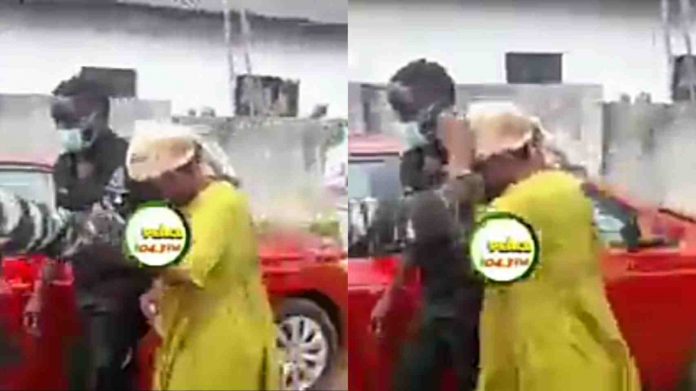 A video sighted by smartandstuck.com captures the embattled Takoradi woman who faked her pregnancy and kidnap been escorted from court today, September 27.

Josephine Panyin Mensah has been granted a Ghc 50,000 bail with two sureties by the Takoradi Circuit Court.

Josephine pleaded not guilty when she was arraigned before the court today.

She is facing two charges of deceiving a public officer and publication of false news with intent to cause fear and panic.

A video of her by UTV shows how she was escorted from court after she was granted the GHc 50,000 bail. Josephine who was in a yellow dress, covered her face from the cameras as two police officers escorted her to a black police van outside the courtroom.