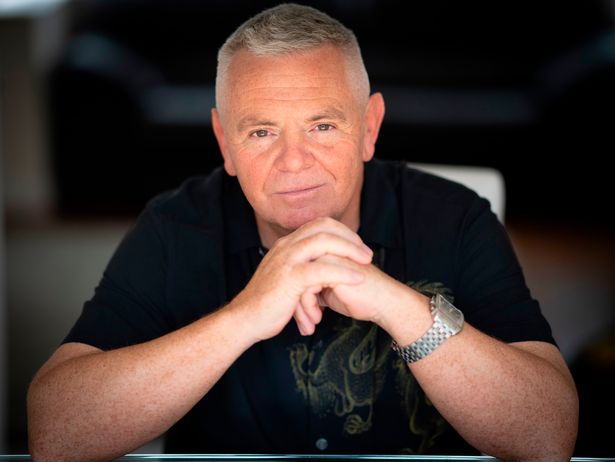 Former Coronation Street star Phil Middlemiss has spoken for the first time about how he found himself embroiled in a multi-billion pound international bribery scandal and facing up to 25 years behind bars.

His Coronation Street character, bookie Des Barnes, was never far from mischief during his eight years on the cobbles.

But even the loveable rogue would have put long odds on 1990s soap star Phil being caught up in the costliest global bribery scandal of all time, accused of involvement in corruption at the highest level of government in Ghana.

His nightmare is not yet over and the star reveals the allegations have already turned his life upside down, racked up huge legal costs, and left him living in a rented house after his family home was repossessed, suffering panic attacks and being assessed for post-traumatic stress disorder.

“It’s amazing someone like myself could go out there and get wrapped up in this,” says the 58-year-old, who denies any wrongdoing. “Suddenly I went from being a rogue on the cobbles to ‘lord of war’, according to one of the African newspapers.”

He has also been named as a suspect in a separate investigation in the African country, where the penalty for bribing a public official is imprisonment for up to 25 years.

In 2019 Airbus agreed to pay a record $4billion fine to the UK, France and US after a four-year investigation in more than 12 countries found the firm bribed public officials and hid the payments in a web of worldwide corruption.

“It’s been a com-plete, utter nightmare,” he says. “I have felt despair and helplessness. During the heat of all this there didn’t seem to be any way out.”

So how did an actor from Hartlepool, Teesside, who also starred in Sunday night hit Where The Heart Is, find himself involved with a multi-national conglomerate and Ghanaian politics?

It all started with a film project Phil was working on in the UK in 2009. Best friends with a British-Ghanaian, who he doesn’t want to name for legal reasons, Phil says he decided to pay him a working visit to explore locations and facilities.

“We were friends from the age of 18, he was living and working in Ghana at the time so I thought what a great opportunity. I’d never been to west Africa, I was enamoured as soon as I got there. It was such a vibrant country. I must have gone 30-40 times.”

The film never got made, he says due to investors pulling out, but he developed a taste for entrepreneurship in the country.

“I began the process of starting a drama school and a performing arts centre,” he says. Other projects included a glass factory, boutique hotel, even a theme park.

Although most didn’t come to fruition, they did win the actor many contacts across Governmental departments.

He says Airbus sought them out in early 2010, and asked for their assistance with the sale of their C-295 aircraft to Ghana. In retrospect, he knows alarm bells should perhaps have been ringing.

You may like: VIDEO: Government Official One Is The Owner Of Tracey Boakye And Mzbel – Chairman wontumi

“My role was to help the Airbus staff in the country to facilitate meetings, transport and arrange visas on arrival as they usually needed to travel at short notice. I would be paid on a commission basis following the successful sale of its planes.”

Phil claims no illegal incentives were offered to him during his work for Airbus, nor did he offer any to anyone else. He says: “I never received one single penny and thank God I didn’t. As it goes they never offered it.” Even though they visited Airbus HQ in Paris, Phil insists he and his friends covered costs, driven both by the commission and the promise of work with Airbus long term.

He says: “We were doing it for a commission. When you are working with one of the biggest aviation companies in the world, you expect them to know what they are doing.”

For legal reasons Phil says he is unable to discuss the amount of commission he received for the eventual sale of the planes, due to a pending court action and says his contact with Airbus stopped in 2013.

Six years later, in 2019, a letter arrived from the SFO inviting Phil to a voluntary interview under caution “to answer allegations of bribery and corruption”.

“It was a total shock, not exactly a letter I was expecting,” he says.

The interview did not take place, but following the publication of the international investigation’s report on Airbus last year, Ghana’s then special prosecutor Martin Amidu launched a separate probe, announcing the identities of those alleged to be involved, including former president John Mahama, Phil, and three other British nationals.

Those named were “invited” to Ghana to assist with the investigation. Phil says he won’t be getting involved and believes the allegations are baseless and politically motivated.

Then came another blow. “On July 10, 2020 I was informed Interpol had issued a Red Notice on me,” he says. “A FUGITIVE WANTED FOR PROSECUTION – the Ghana Government sent this out all over every media platform.

“Information in this document included my passport details, my address. They said I may be travelling under my alias, Des Barnes, to avoid detection. It may seem laughable now but to have your personal details all over the internet was disturbing.”

Finally, three months ago, after nearly two years of what he describes as “hell”, he received another letter from the SFO stating: “following a review of the evidence” he was not to be prosecuted for any offence.

Phil says: “The relief was short-lived and overtaken by anger, why had I been left for that amount of time with no contact or explanation?”

He claims he’s racked up huge legal costs, while waiting for his name to be cleared, and is now living in a rented house in Manchester with his partner Leanne, 44, who has an online health and wellness company, and two teenage sons.

“Leanne has been my rock, she’s kept the family together,” he says.

As well as being evaluated for PTSD, Phil says he has suffered panic attacks too. “My heart started missing a few beats, leading to regular palpitations. And many sleepless nights.” He adds: “Protecting my family is paramount, I’m fortunate to have a great support network and very loyal friends.”

But he says: “They are smart enough to get the severity of the situation.”

The family have stuck together throughout it all and he has had support from other quarters, including former Corrie friends. “Charlie Lawson has been very supportive,” he says. “Simon Gregson has too. Charlie especially has always been concerned. He’s known I’ve not been myself.”

So what next for the actor? “The main thing is getting my life back on track, maybe I’ll get a new agent and tread the boards again. I have been approached by an American network with a view to dramatising the story,” he says. “It would make some film.”

An SFO spokesperson said: “Following our investigation, Airbus admitted to widespread corruption in several countries and were handed a record-breaking fine of approximately £3 billion. The SFO is committed to caring for victims or witnesses of fraud or corruption fairly, with dignity and respect.”

Watch his interview on Good Morning Britain below;