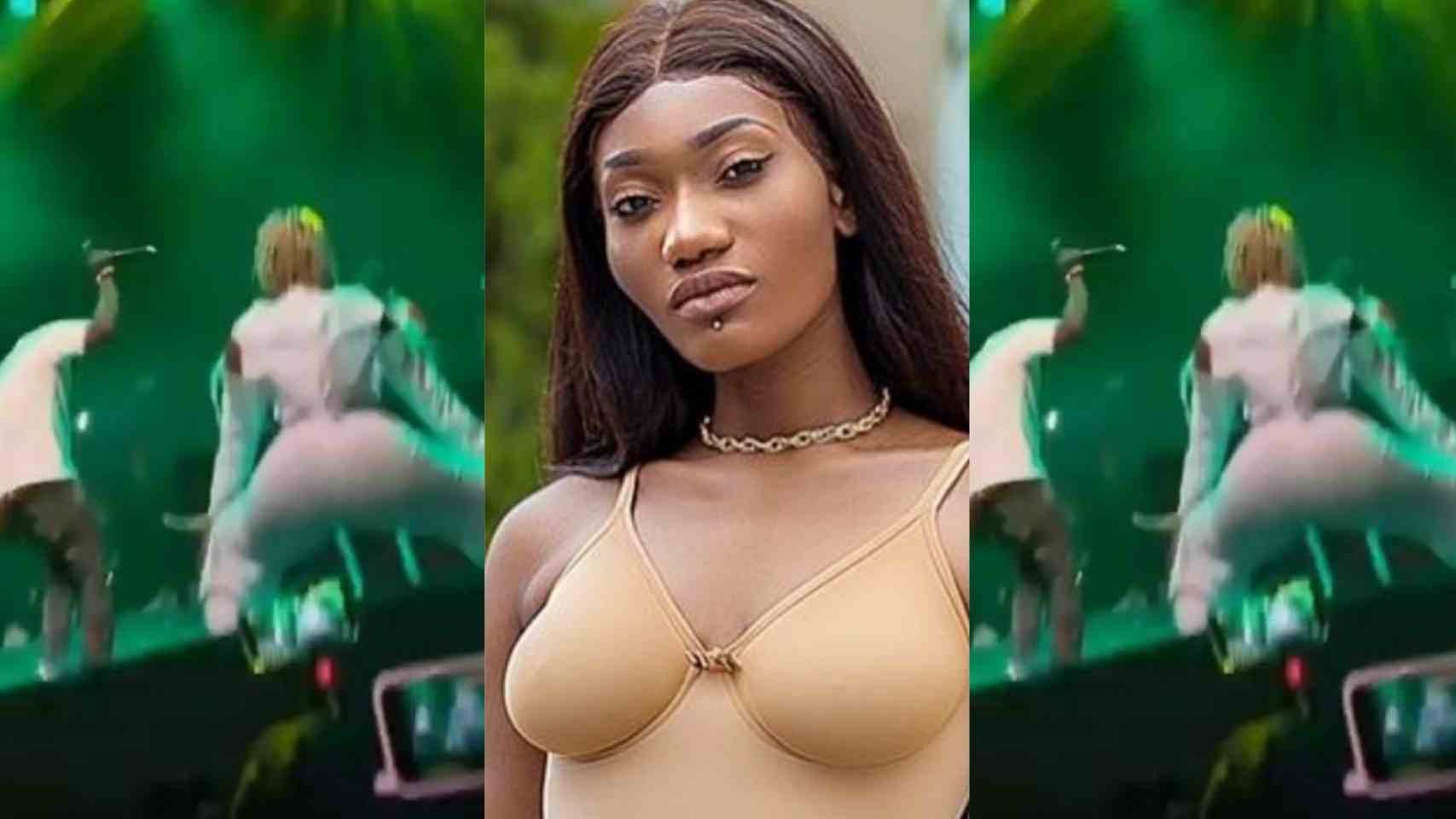 Wendy Shay has has set social media on fire after giving her fans wild moves last night with a spectacular performance.

The multiple award-winning songstress got the fans who were very hyper in the auditorium hitched to her performance from the get-go by dropping her numerous bangers one after the other. Her performance in New York last night saw many of her fans cheering her on.

From the videos that have surfaced online so far, the auditorium was pretty charged up when Wendy Shay mounted the stage and started her performance.

However, things got more crazy and fun, when Wendy Shay decided to show off her twerking skills while performing.

The fans who were gathered could not get enough of her huge backside as they were seen and heard jubilating wilding as she did the whining and shaking of the backside.