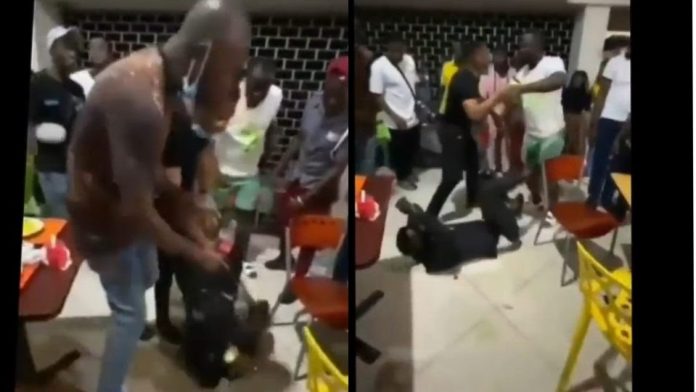 A shocking video intercepted by smartandstuck.com captures a young man trying to poison the drink of a friend.

Per information, a group of boys went out to have fun in order for them to release stress. One of boys left his drink behind to use the washroom but his drink was poisoned by another friend.

Unfortunately for the suspect, someone saw him putting the stuff in the drink and he alerted the other guys who were at the party. He was then forced to take the drink and he started foaming at the mouth.