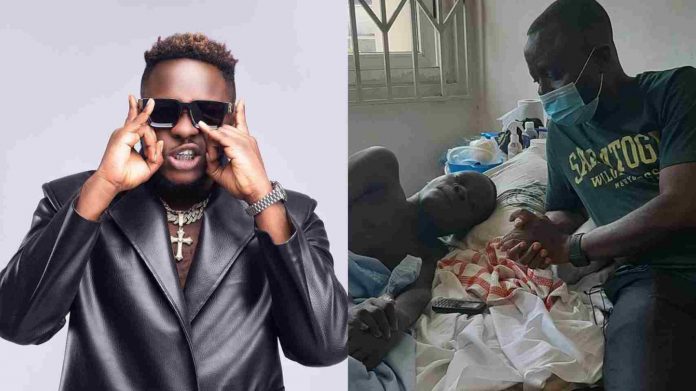 Frank Arhin, a 19-year-old orphan who attended an entertainment program organized by Ghanaian rapper Medikal has been paralysed.

The young man says the first of two surgeries required was paid by Medikal, but he is struggling to get help for the second surgery.

The concert which was dubbed ‘Welcome to Sowutuom’ witnessed spectacular performances from acts such as Shatta Wale, DJ Switch, King Promise, Joey B amongst others at Kwashieman School Park, a suburb of Accra.

Some fans that were standing close to the stage collapsed after large speakers fell on them.

The speakers fell when Shatta Wale was on stage performing some of his popular tunes.

Upon a visit to the Korle-Bu Teaching hospital in Accra, the Founder and Leader of Crime Check Ghana; a crime prevention advocacy organization that fights for the welfare innocent people, Ibrahim Oppong Kwarteng, revealed the bad state of Frank Arhin who is bedridden and needs help to undergo another surgery. 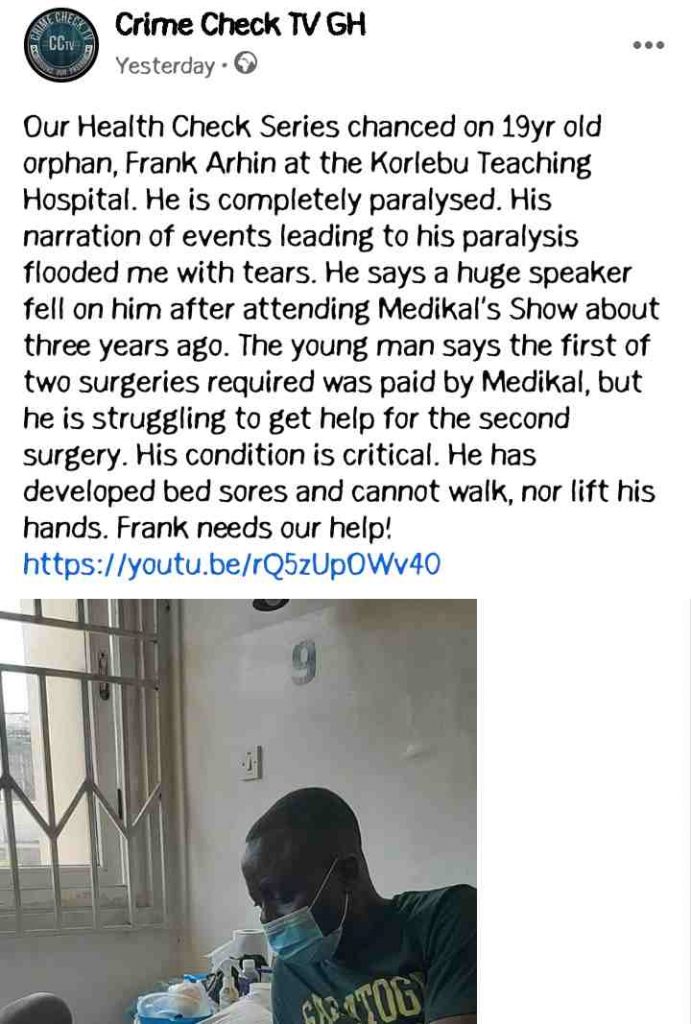 Our Health Check Series chanced on 19yr old orphan, Frank Arhin at the Korlebu Teaching Hospital. He is completely paralysed. His narration of events leading to his paralysis flooded me with tears. He says a huge speaker fell on him after attending Medikal’s Show about three years ago. The young man says the first of two surgeries required was paid by Medikal, but he is struggling to get help for the second surgery. His condition is critical. He has developed bed sores and cannot walk, nor lift his hands. Frank needs our help!